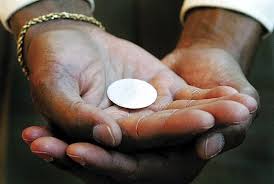 We’ve been here in Sarasota for three and a half months, and not too long ago, someone asked me how the church search was going.

“It feels like we’ve been looking for a church for the last four decades,” I answered. Maybe because we have.

Between moves and various unhealthy situations that often served as an unwelcome catalyst to begin searching for a new congregation, Bill and I have done way more than our share of church searching. I understand why those who’ve been burned or burned out by the church head for the exits, rarely or never to return. Despite all the garbage we’ve experienced, I still trust that connection with other believers is essential to learning the way of Jesus, though we are unlikely to ever go through a formal membership process again.

I’ve visited (and Bill, who has made a few visits with me when he’s here*) several congregations including an artsy start-up non-denominational, a troubled Messianic fellowship, a small Episcopal congregation that functioned as a family church, and a large, very traditional conservative Episcopal (Anglo-Catholic) church smack-dab in the middle of town. We’re also currently attending a Community Bible Study that draws from Baptist, Nazarene, and various non-denominational congregations in the area, giving us a way to meet believers from a variety of local bodies.

So after ruling out the sermon-centric non-denominational churches in the area (we’re weary of all that talking), we find ourselves back in the Anglican stream. We’re attending the large, very conservative Episcopal/Anglo-Catholic congregation in downtown Sarasota. Though we’ve been in many different kinds of worship settings over the years, including an Anglican congregation that used formal liturgy, we’ve never attended a church where (a) they use a pipe organ instead of a piano, guitar, or band (b) they have a gowned and very well-trained choir performing sacred classical music (c) the prayers and responses are mostly, but not entirely, canted (sung) and (d) the congregation wears suits and dresses to worship services.

I love and miss Jewish liturgy, but traditional Anglican liturgy echoes some familiar Jewish worship themes and styles – understandable, as distinctly Christian liturgy emerged out of the Jewish soil of Jesus and the early church. I’ll probably never like organ music, though in this setting and performed by someone who knows what he’s doing, at least I don’t feel like I’m at a depressing 1950’s-era roller rink. It is weird to be in a place where people get DRESSED for church, and it did freak me out at first to be the most underdressed woman in the place. I wear long shorts or capris (with an occasional casual skirt, just to mix it up), and a dressy tee. I don’t have the wardrobe, funds, or the inclination to join the fashion parade. The homilies during the service have been refreshingly Jesus-centered and less than 15 minutes in length. You can’t beat a liturgical service for the amount of Scripture read/proclaimed as part of worship.

But the real moment for me in these services is walking forward each week during communion, holding my hands open like a beggar, and having a pastor or deacon place in my extended palms the body of Christ, broken for me, and then another pastor or deacon taking that unleavened wafer from my hands, dipping it into the cup of wine, blood shed for me, and then placing it in my opened mouth. It is an enactment of the reality that Jesus has done for me what I can not do for myself. This is not “worm theology“. It is good news. In that moment, the organ music, the pomp and ritual, and the suits and dresses don’t matter at all. Every single one of us comes to Jesus as beggars, and he loves us just as we are.

I do feel like a stranger in a strange land, but it’s not a bad place to be. Bill and I aren’t alone there. God is with us.

* Note: Bill is still commuting back and forth to Chicago for work. His current contract ends in December. His other full-time job is looking for his next job. Please pray for him as he searches for a job that will bring in some income, use his skills, and allow him to live here full-time.

9 thoughts on “Stranger In A Strange Land: Church Search, Part 137”