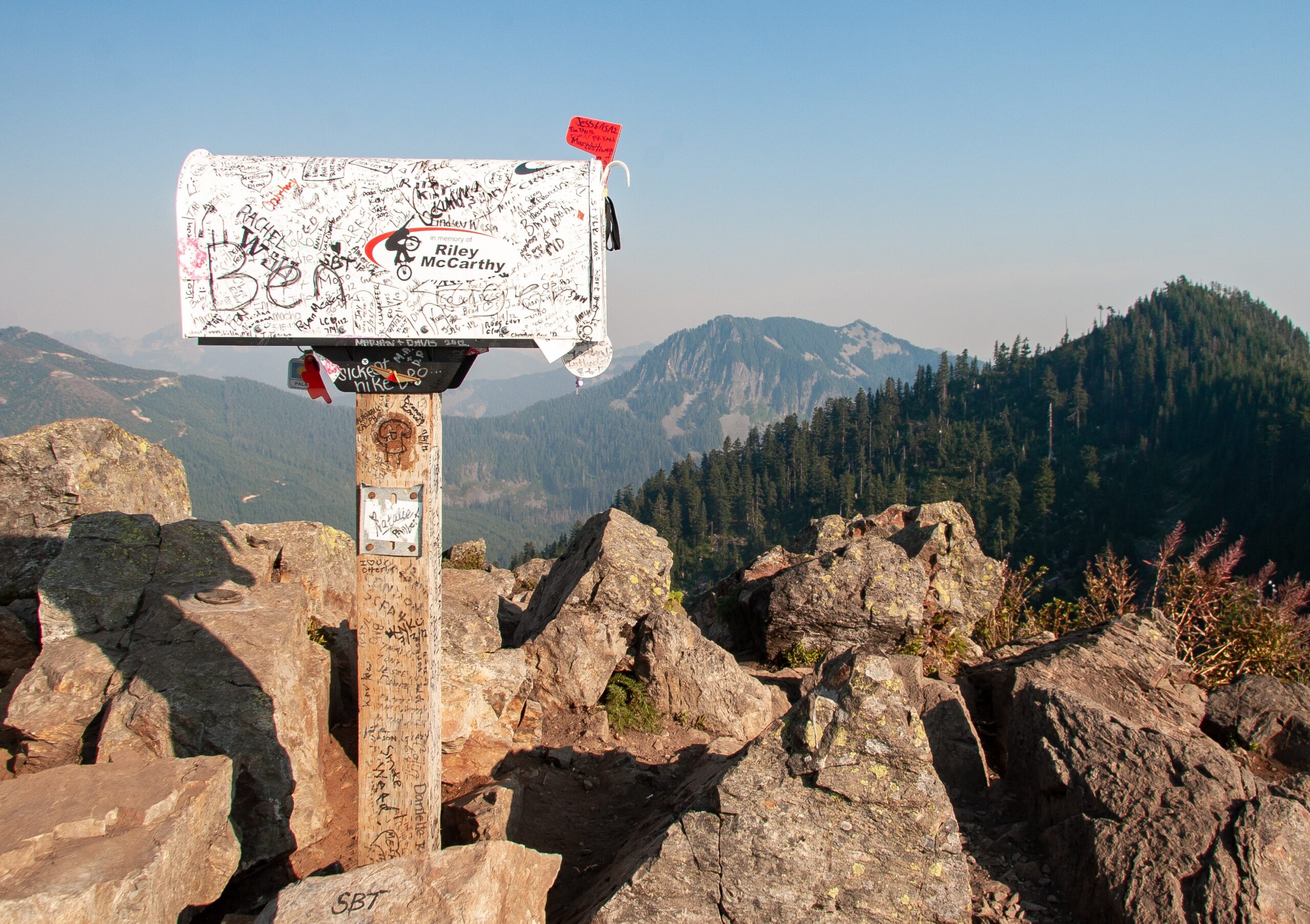 One generation commends your works to another; they tell of your mighty acts. (Ps 145:4)

Faith is passed on from one generation to the next. As I write these words in 2022, I wonder what elements of the Evangelical faith currently being practiced in America will take root in the generation to come if the Lord tarries.

A lot can happen in forty years. The church I am a part of today is the direct descendant of the church I first experienced as a young adult four decades ago, just as the church of the early 1980’s grew in the soil of those who’d preceded us. But when I reflect on a church world that had been flooded by Boomers drawn to faith as a result of the renewal sparked by the Jesus Movement I can the imprint of some habits of those days of what read to many as a time of spiritual renewal: rock music, casual dress, and a focus on the simplicity of the Gospel. Back in the day, I attended more than one impromptu baptism on the shores of a muddy Midwestern lake; I have taken communion with red punch and saltines. I have passed a KFC bucket to collect a free-will offering at a Randy Stonehill concert. It was easy for me in those days to see my connection with the first century community of faith as I imagined myself sitting cross-legged on the shores of the Sea of Galilee with my fellow Jesus Freaks, listening to Jesus teach in an unfiltered, unmediated environment. That’s what I thought I was signing up for when I stepped into church life.

But I learned that there was a whole package that came with that simplicity, and to be a committed follower of Jesus meant buying the entire thing. Rapture fever was everywhere as many Bible prophecy “experts” predicted with certainty that Jesus would return by 1988, which was a generation removed from the 1948 founding of the modern State of Israel. The nascent Moral Majority worked to merge the decentralized Evangelical movement with the Republican Party, cemented by Ronald Reagan’s presidency that held such spiritual promise for social conservatives. Big business shaped Evangelical culture in almost every way from the founding and franchising of mega churches like Willow Creek to the emergence of a distinctly Christian subculture that aped and sanitized pop culture (“If you like Def Leppard, you’ll love Petra”). Worldly success created a culture surrounding elite leaders that allowed greed and abuse to flourish unchecked in too many churches and Christian organizations.

Over the last 40 years, Evangelicalism has moved from singing about wishing we’d all been ready for the rapture to embracing a dystopian, apocalyptic vision of the world that could only be combatted with conspiracy theories and electing morally compromised authoritarians. We moved from sitting around a campfire, singing our hearts out to the Lord to sitting in megachurch auditoriums watching a professional band performing Top 40 Christian music hits. We moved from an often-lukewarm (and sometimes downright hostile) reception to the gains made in the areas of civil and women’s rights to becoming people who demanded the world return to a past that never existed except in Mayberry. We moved from a period characterized by both humility and an openness to the supernatural works of God to a warped prosperity “gospel” that promised adherents health, wealth, and power. Every one of those elements has fused into a barely recognizable syncretized new religion many are calling American Christian Nationalism. There is nothing new under the sun, of course. This new American religion is a kissing cousin to the Nazi-friendly German Christian national churches in the 1930’s and 1940’s.

The late Phyllis Tickle observed that about every 500 years or so the Church has a rummage sale to purge the accumulation of theological garbage and clarify the Church’s identity and mission for new generations. The first major rummage sale took place in AD 481 when the Council of Chalcedon met to draw some hard lines about what it meant to believe in Christ as a response to the rise in the Church of so many freelance sects and unorthodox innovations in doctrine. In AD 1054, the Great Schism between the Catholic and Orthodox church became final after a couple of centuries of increasing doctrinal friction between Eastern and Western European Church leaders. Then in the 1500’s, the many different varieties of Reformation swept across European churches. I think we’re in the midst of another slow-motion rummage sale today.

There has been great angst in the current day about the declining numbers of people in Protestant Mainline churches over the last 40 years. Though the stats suggest that Evangelicalism is not losing members at the same rate as their Mainline siblings, there is no denying that Evangelicalism is at a crossroads right now. Some of my age peers have bailed on church entirely. Others are in various states of faith deconstruction, which for many might more accurately be described deconstruction from toxic churches. Others have embraced a nostalgic version of church as a way of holding on to their own good old days, and many, many others have been discipled primarily by conservative political media and have stampeded like a herd on a freeway toward Christian Nationalism and away from the narrow road of a cruciform life.

My future siblings in the faith in 2064, it is unlikely that I will be alive on this earth to see what you’ve kept from the rummage sale has likely been going on for at least a couple of decades and will be continuing for the foreseeable future. I do believe that there may be a division coming between those who have embraced Christian Nationalism and the faithful confederation of lower-case o orthodox believers. The two groups may use some of the same religious vocabulary and symbolism but are not worshipping the same God.

I also believe that the anger toward Christian Nationalists will grow in our culture. In 2022, despite claims of persecution for things like being hassled for saying “Merry Christmas” instead of “Happy Holidays” in retail stores, Christians of all stripes and convictions are free to practice their faith. I suspect that eventually many in the “Christian Nationalism” camp will drop the “Christian” part and turn on those who are their spiritual opponents in the name of making America great again. Real persecution for true believers may be lurking around the corner, which will clarify what it really means to follow Jesus.

The world will go differently than I can imagine, of course. In any case, Confessing Church of 2062, I pray for you, and thank God for you. I believe the Holy Spirit is at work in 2022 as the dividing line continues to form between the faithful ones and those who’ve embraced Christian Nationalism as the shortcut to the blessed life they’re sure God owes them. I believe the Spirit is at work right now, exposing abuse and injustice in the Church. I believe he wants a pure, spotless Bride, and that means a rummage sale.

Not everything from Evangelicalism will probably be sold or given away at this rummage sale, even if Evangelicalism fades as a category in the church world, which I suspect it will. Just as earlier generations discovered, there are some things worth saving. Bebbington’s Quadrilateral describing Evangelicalism’s unique emphases is a worthwhile starting place as I ponder what you might recycle and repurpose from this stream of the Church in AD 2022:

Bebbington’s Quadrilateral highlights historical strengths of the movement, but what’s missing from the list reveals some pretty major spiritual deficits of Evangelicalism  including a disconnection from Church history, a hit or miss approach to ongoing discipleship, and a pragmatic approach to faith that has no space for mystery or doubt. Thankfully, you who are in the Church in 2062 will be free to recycle not just the best parts of Evangelicalism but from the whole of Christianity’s past, even as the Holy Spirit creates new expressions of his body – new wineskins – to pour out his goodness into the world he loves.

Those who’ve come before you have passed on the unchanging message of Jesus from one generation to the next, along with the baggage of the ages in which they’ve lived. His love for you is greater than our failures, blind spots, and miscues, just as it is greater than your own failures, blind spots, and miscues. He is faithful, even when we are not.

Even as I pray for you today in 2022, I hope to be in the great cloud of witnesses who will continue to pray for you even after I’m gone from this earth. I’m cheering you on.