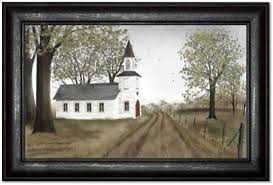 The newest wave of reaction to megachurches was sure to come in the wake of a string of moral failures of both charismatic leaders and the “yes man” approach of the elders/board members responsible for governing the organization. A number of pundits have noted that the megachurch built on a business model is a faulty structure not unlike a McMansion built on a foundation of sand. There is a renewed hue and cry to get back to small, local churches in order to prevent the kinds of failures we’ve witnessed among super-sized congregations in recent days.

While I have great sympathies for those sentiments – and am sympathetic to them – I also hear in some of these expressions two troubling motivations: nostalgia and pragmatism. I’d like to see both confronted in this moment before they take root among us, because neither will lead us in a healthy direction.

The first, nostalgia, is a wistful, filtered view of the past. Journalist Doug Larson said, “Nostalgia is a file that removes the rough edges from the good old days.” Every time Scripture exhorts us to remember, it is a clear-eyed, present-tense participatory engagement with God, not a call to a sanitized, comforting yearning for the “better” ol’ days.

Though I’m not much of a fiction reader, I have enjoyed author Jan Karon’s Mitford series. They trace the story of middle-aged, diabetic Episcopal priest, Father Tim, as he seeks to minister to those in his small-town (and, occasionally, to assist other churches). The books are set in the present, and tackle contemporary problems including addiction, abuse, abandonment, and various incarnations of the seven deadly sins among those in Father Tim’s care – and in Father Tim himself. They are lovely books, and create an accessible picture of a man continuing to grow in his faith. But even with a heaping helping of modern-day problems, Father Tim’s world is at its heart a deeply nostalgic portrait of a small-town church and community – a place where everyone knows your name, and they’re always glad you came.

Some who are calling for a return to small churches have a longing for a Mitford-like oasis in our coarse, often-inhospitable culture. Truthfully, I share that desire, and I suspect many of you reading these words do, too. A smaller church can be an amazing extended family. But it can also be a place of loneliness or deep dysfunction that is simply a scaled-down version containing the very same problems we see in the megachurch world. I’ve been a witness to sexual sin coverup and abuse of power in several small churches. Size alone is no guarantor of a healthy community. Nor will trying to recreate an idealized vision of a past that never really existed.

The other temptation I see in this moment may at first glance seem an odd bedfellow with nostalgia. However, pragmatism fuels Evangelicalism and, to a lesser degree, many other streams of church in the West. We love what “works”, and nowhere has this been more evident than in the business of church growth books, conferences, and coaching that has shaped the way in which we think about our congregations and denominations for a generation.

Sadly, I hear a new pragmatism in some of those calling for smaller churches now. I live less than 15 minutes from 3 different megachurches, including Willow Creek. I grew up in this area, and remember 40 years ago there were many, many small and mid-sized churches here. That number has shrunk dramatically, in direct proportion to the rise of the megachurches that have been built in the Northwest suburbs of Chicago. We may rightly lament the notion of transfer growth fueling the rise of the megas and multi-site churches, but it is worth noting that at least some of these smaller local congregations weren’t all that healthy in the first place.

As megachurches shrink from problems from within as well as perhaps reflecting a societal trend away from church attendance and membership. it is inevitable that new expressions of smaller, local churches will arise. However, trying to capitalize on the failures of this church or that one is a reaction, not a calling, and is at the heart fueled by pragmatism.

There are many wounded sheep milling around right now in the body of Christ – those who’ve been hurt by leadership failures and abuse, in large and small churches alike. Neither nostalgia nor pragmatism offer a cure. I long to hear of more current and would-be leaders asking the question of how to provide care, rest, and healing for those wounded ones. It is a question I’m not hearing asked nearly often enough right now, and it might well be the most urgent question we face as we move forward from here.

4 thoughts on “The Questions Few Are Asking”