Father Rohr entitles this chapter “Second Simplicity”. It is his most personal chapter of the book to this point as he traces his own journey from childhood innocence to his current second half sense of renewed simplicity. Speaking of first adulthood, he observes, “It is sad and disconcerting for a while, outside the garden, and some lovely innocence dies, yet ‘angels with flaming swords prevented my return’ to the first garden (Genesis 3:24). There was no going back, unfortunately. Life was much easier on the childhood side of the rainbow.”

Rohr notes that as he matured, he became simultaneously more traditional and more progressive, and found “a much larger and even happier garden (note the new garden described at the end of the Bible in Revelation 21!).”

“If God asked me to love unconditionally and universally, then it was clear that God operated in the same way.”

Rohr notes that growth shifted him from an identity defined by adherence to a particular political or theological camp to a more relaxed and inclusive sense of self. “…This slow process of transformation and the realizations that came with it were not either-or-decisions; they were great big both-and realizations. None of it happened without much prayer, self-doubt, study, and conversation, but the journey itself led me to a deepening sense of what the church calls holiness, what Americans call freedom, and what psychology calls wholeness.” This inclusiveness grows out of a sense of being  simultaneously enveloped and animated by the unfathomable mystery of God’s love.

“Our youthful demand for certainty does eliminate most anxiety on the conscious level, so I can see why so many of us stay in such a control tower during the first half of life.” He observes that wisdom is comfortable companioning doubt and mystery. This wisdom generates the kind of understanding that leads to what he calls ‘deeper happiness’, or joy: “In the second half of life, we are not demanding our American constitutional right to the pursuit of happiness or that people must have our same experiences; rather, simple meaning now suffices, and that becomes in itself a much deeper happiness.”

“Finding deep meaning in our experiences is not just another name for spirituality but is also the very shape of human happiness.”

“If you have forgiven yourself for being imperfect and falling, you can now do it for just about everybody else,” Rohr notes. “If you have not done it for yourself, I am afraid you will likely pass on your sadness, absurdity, judgment, and futility to others…Such people seem to have missed out on the joy and clarity of the first simplicity, perhaps avoided the interim complexity, and finally lost the great freedom and magnanimity of the second simplicity as well.” 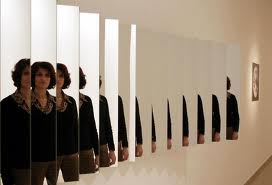 It is this final thought that most resonates with me these days. I can articulate the theology of forgiveness – as much as a person can understand something so foreign to our wiring!, could quote Bible verses out the yazoo on the topic, and was happy to walk alongside others as they worked through forgiveness issues. I have forgiven (truth be told, probably about 67 x 7 in at least a couple of cases) those who’d wounded me in the past and have experienced grace from others who’ve forgiven me. My life has been shaped by the bottomless well of forgiveness with the Father I’ve experienced as a gift of the Son.

Even with all this wonderful context, I never could quite get a handle on what it meant to forgive myself. (There are some pretty old, deep wounds lurking inside of me.) As a result, my experience of all that forgiveness is and does was lacking. A good counselor has helped me take some significant steps in this area, and as a result, I am beginning to experience the freedom and magnanimity that comes with the dawn of second adulthood. There is a sweetness to the simplicity that comes with this freedom.

How about you? Have you ever gotten stuck in a struggled to forgive yourself? If so, who or what has helped you to work through this stuck place?

One thought on “Falling Upward, Chapter 9”