Chapter 8 is entitled “Amnesia and the Big Picture”. Father Rohr reminds us that just as many protagonists in fairy tales and fables are people who have forgotten (or not yet discovered) who they are. They only way they can live into their identity is by setting out on a journey that will grow them up. He writes, “Many have said before me that spirituality is much more about unlearning than learning, because the ‘growing boy’ is usually growing into major illusions, all of which must be undone to free him from prison and take him back to his beginnings in God.”

Heaven and hell, according to Rohr, are not just future destinations, but have a present dimension to them as well. “When you do not know who you are, you push all enlightenment off into a possible future reward and punishment system, within which hardly anyone wins. Only the True Self knows that heaven is now and that its loss is hell – now.”  Though Jesus proclaimed with word and action that the kingdom of God had arrived now, there is also a not-yet fulfillment to these words.

“Amnesia has dire consequences. No wonder the Jews say ‘remember’ so much.”

“Life is all about practicing for heaven,” Rohr writes. “We practice by choosing union freely – ahead of time- and now. Heaven is the state of union both here and later…Everyone is in heaven when he or she has plenty of room for communion and no need for exclusion. The more room you have to include, the bigger your heaven will be.” I recognize the notion of maturity as expansiveness and inclusion that Rohr is aiming at, but can’t follow him where he is going here. There is a difference between individual human spiritual maturity that is marked by greater love, welcome and grace and that of the very nature of eternity. I believe that heaven and hell are states of being as well as destinations (though both categories are limited by my human understanding – since both are not bound by time and I am, I recognize my limitations in creating/naming these categories); Rohr leans only on state of being to shape the discussion of heaven and hell in this chapter.

“No one is in hell unless that individual himself or herself chooses a final aloneness and separation…it is interesting to me that the official church (Michelle’s note: the Roman Catholic Church) has never declared a single person to be in hell, not even Judas, Hitler, or Stalin.” Rohr notes that Jesus ministered to anyone who wanted him 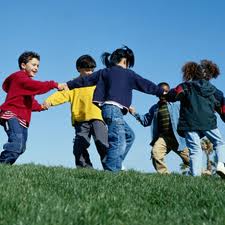 to do so without condition, and blessed his enemies – then asks if he would then change personalities post-resurrection in order to exclude a category of people from heaven? Jesus came to save, not judge the world, but during his earthly ministry, he spoke of future judgement as well.

“The healing of your amnesia, and any entry into heaven, is the rediscovery of the still-enchanted world of a happy child, but it now includes the maturity experiences of love, unique life journeys, all your relations, and just enough failures to keep you honest and grounded.” I can celebrate Father Rohr’s hope-filled words because they remind me that spiritual maturity has a childlike nature to it. As we remember who we really are, second half maturity means we become children again, maybe for the first time in our lives.

Not long ago, a family friend who knew me as a child said, “You were a brave little soldier back then.” I might have been a brave soldier, but I’m not entirely sure I got to be a child. The second half is good news for me.