When Christian Boomers and Gen-Xers became parents, the influential voices of people like Dr. James Dobson and Gary and Anne Marie Ezzo offered us iron-clad principles that seemed to promise parenting success. The rise of the home schooling movement in the 1980’s and 1990’s brought another crop of parenting “experts” to the fore in those circles, with guidance that focused on a strict, authoritarian approach, represented by now rightly disgraced figures including Doug Phillips, Michael and Debi Pearl, and Bill Gothard.

Though my husband and I never encamped in the world of a single self-proclaimed parenting guru, we were influenced in our active parenting years in varying measures by each one of them. Some provided direct downloads into the life of our family, as in the case of a couple of Dobson’s books and his radio show. Other friends in our church and home schooling circles exhaled the teaching of the Ezzos or the Pearls like it was secondhand smoke in the social spaces we shared with them. We absorbed a measure of all of it, plus the input of numerous lesser lights who offered variations on the theme that there was a Biblical Parenting Formula™ in the form of a book or seminar we could buy and apply to the life of our family. If my husband and I could input just the right principles in just the right measures, we might be able to give our kids better, happier childhoods than the lives we’d had when we were growing up. You’ve heard of Prosperity Preaching? Well, this was Prosperity Parenting

Those Biblical Parenting Formulas™ were not without value as a basic framework. For example, when I was a kid, I received a lot of teaching from my unbelieving parents about why “little white lies” were actually virtuous things that needed to be deployed frequently and with finesse so I could get what I wanted from a situation. I’d rather go to Kathy’s party even though I’d accepted an invite from Jan? I told Jan a little white lie about getting grounded, and then went merrily on my way to Kathy’s house.

I was a young believer by the time I became a parent, and craved different examples than the ones I’d grown up with. Yes, the Bible told me that lying was wrong, and my newly tenderized conscience was open to the Holy Spirit’s correction and instruction. But I needed to see what a commitment to truthfulness was supposed to look like in the context of a family. I was anxious to learn a better way of living so I could pass it on to my kids.

I wrote this in Translating Your Past: Finding Meaning in Family Ancestry, Genetic Clues, and Generational Trauma:

When I first committed my life to Christ, I assumed that my family story didn’t much matter because my faith was different than that of my parents. After all, I was living for Jesus now! But that kind of narrow thinking kept me from fully embracing the good gifts God had given me through my forebears…When I was younger, I wished I could erase the painful chapters of my family’s story and start my life afresh with a blank page. But I discovered the past didn’t go away just because I wished it would.

In the early years of motherhood, I viewed my childrearing choices as a battle between Biblical Parenting Formulas™ and the not-so Biblical patterns I’d learned in my childhood. It wasn’t that the Christian community ever taught me that this was a winner-take-all choice. But the tidy certainty of those pre-packaged principles drawn from the Bible seemed a bulletproof way I could give my kids a better life than the one I’d had.

That desire is by no means limited to Christian parents. It is renewed in every new generation, all across the world. Every parent wants a better life for their children. In my life – and in the lives of more than a few of my Boomer contemporaries – the way to guide my children to that better life seemed possible if I leaned hard into the promise I thought I heard in those “one-size-fits-all-good-Christians” Formulas.

As with all Prosperity teaching, there was an element of magical thinking mixed in with the desire to help my children flourish via formula. It didn’t take long for me to learn that the human beings God lent to my husband and I were far more complex than any formula could address. God’s Word was an essential foundation for us as parents, but in order to begin to make sense of the complexity of each child I began to realize (sometimes too late) that God wasn’t asking me to cancel* my family of origin in order to be a faithful follower of Jesus in my role as a wife, mother, and grandmother, but to reclaim and reframe it. By ignoring my family story, I was starving out a source of identity, strength, and wisdom (the latter gleaned from an entirely human mix of noble and awful choices) that played a much larger role in my parenting journey than I ever imagined when I was imbibing formulas. Some of the formula-givers liked to quote this passage as a promise that our families will be a sanctuary on earth:

A father to the fatherless, a defender of widows, is God in his holy dwelling. God sets the lonely in families, he leads out the prisoners with singing; but the rebellious live in a sun-scorched land. (Psalm 68:6)

Strip notions of Prosperity Parenting from this passage, and I see no promises of “input these principles, receive a guaranteed happy outcome”. There is no certainty that existential loneliness will fade or rebellion will dissipate just because a person belongs to a family guided by Biblical Parenting Formulas™. Instead, King David’s song tells us about the character of a Father who does not leave us orphaned, will not allow injustice to script our destiny, and provides us sanctuary in an oft-hostile world. God’s parenting of me has illuminated my family story both past and present, which has given me a fresh understanding of what it means to be placed in this specific family by him.

The Bible is not a parenting handbook, nor a set of tidy principles teased from its pages a golden ticket to happily-ever-after family in this lifetime. But God offers us something far more powerful: He meets us in the context of the people, place, and times in which he’s chosen to place us by offering us himself.

*Note: It is important to note that in some cases, certain family relationships may need to be muted if they are toxic, abusive, or dangerous. But don’t silence that family history, even if it is painful. You may need the companionship of a good counselor to walk through this part of your story. 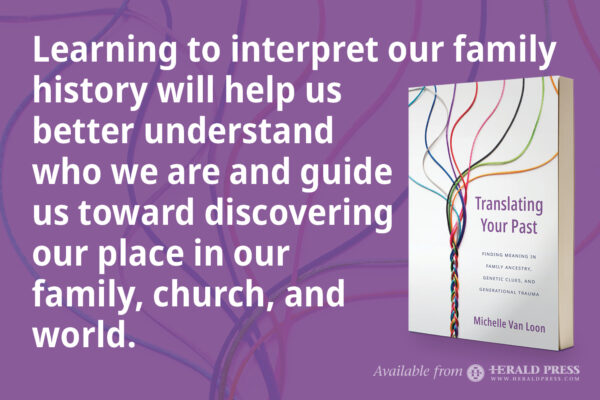 This book is releasing 2-22-22. Click here to pre-order your copy today!

One thought on “The false promise of Prosperity Parenting”