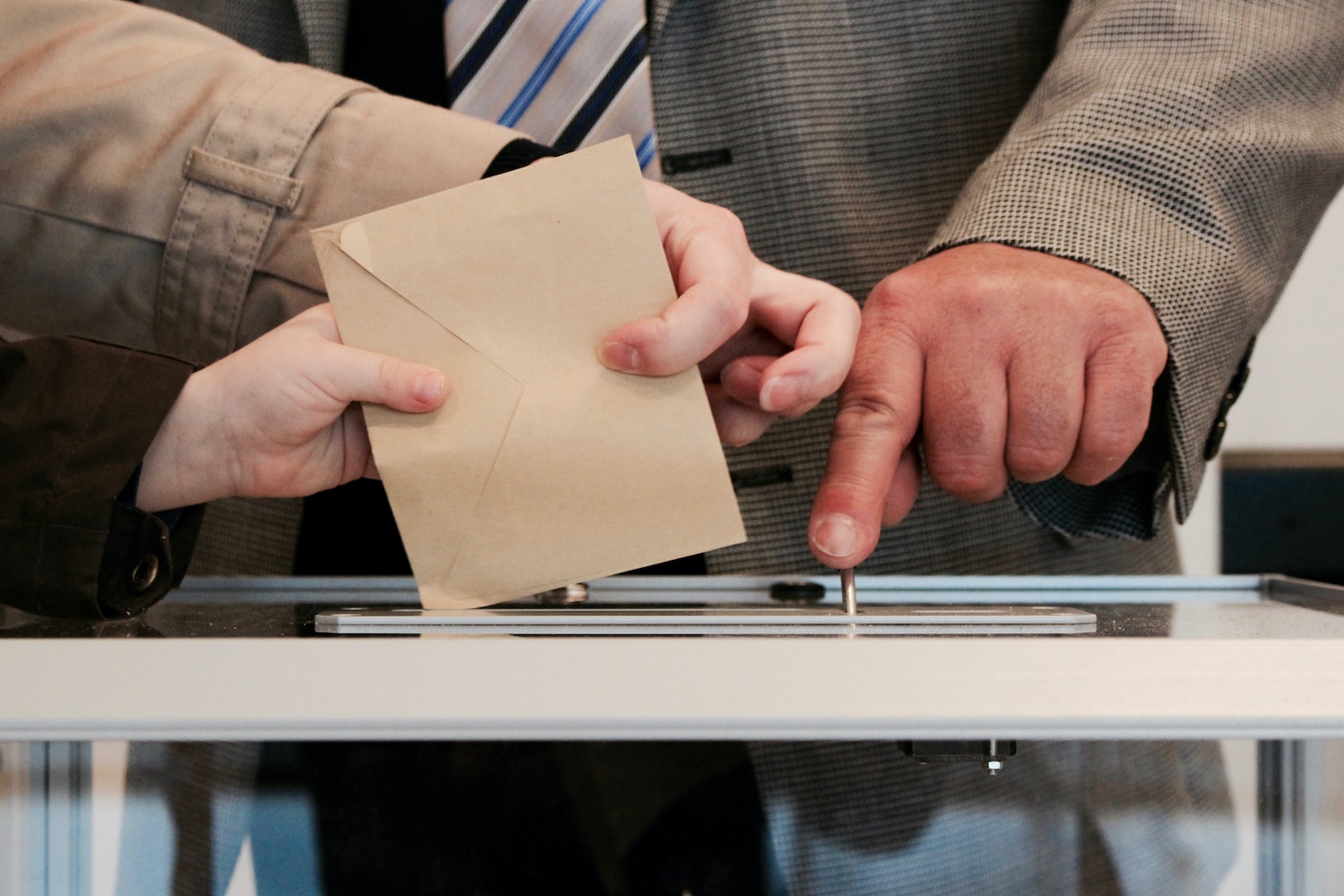 To try to force the Word on the world by hook or by crook is to make the living Word of God into a mere idea, and the world would be perfectly justified in refusing to listen to an idea for which it had no use. –Dietrich Bonhoeffer

Was I thinking I was trying to force the Word on the world during my one-issue voter days in the 1980’s and 1990’s? No. And yes, probably.

I grew up in a mostly-secular Jewish home during the 1960’s and 1970’s, which meant I was immersed in liberal Democratic voting values. I was still a relatively new believer by the time I was able to vote for the first time in a presidential election. At age 20, I voted for Ronald Reagan after our church viewed the Francis Schaeffer film series How Should We Then Live? The Rise and Decline of Western Thought and Culture. I don’t remember much from that series except for the alarming warnings about the slippery slope: Legalized abortion was a gateway to a culture of death. One way all committed Christians could work to stop the slide down that slope was to vote for pro-life candidates. And the party that branded itself as pro-life was the Republican party. I did my part for Team Christianity and voted for Ronald Reagan in an attempt to slow that slide toward a culture of death.

Jerry Falwell, Sr.’s Moral Majority had burst onto the scene during that election. Not many of us who were swept into the notion of one-issue voting at the time had any idea that the roots of the Moral Majority weren’t planted in a right-to-life ethos but instead grew from Southern segregationist (in other words, racist) reaction against the Civil Rights movement. Some very clever – or cynical – Republican political strategists saw a way to energize and consolidate a bloc of conservative-minded voters around a single issue: legalized abortion. I can admit now I liked knowing I was voting not just for a candidate, but for God’s Only And Obvious Choice. I was consumed during the 80’s and 90’s with childrearing, and appreciated the fact that I didn’t need to think deeply about political issues. Someone else had already done the thinking for me, and all I had to do was vote straight ticket Republican. Doing so promised to put the skids on the slippery slope, and maybe even usher in a great time of national spiritual revival.

After a hiatus this summer, I’m back blogging through the remainder of Dietrich Bonhoeffer’s The Cost of Discipleship. (Click here to read earlier posts in the series.) My reading of Chapters 18-20 in the book, covering the final movement (Matthew 7) of the Sermon on the Mount, unmasked some of the shoddy foundations of the one-issue voter approach to politics. In my 20’s and 30’s, I didn’t understand the implications of the Dominionist underpinnings of Schaeffer’s theology. One grassroots expression of this theology is the rise in “Christian” nationalism that is now a centerpiece of today’s Republican party.

As I read these chapters in The Cost of Discipleship, I had a moment of fancy trying to imagine a debate between Schaeffer and Bonhoeffer. Bonhoeffer’s clarity about the night-and-day difference between the Kingdom of God and the kingdoms of this world stand in stunning contrast to the “let’s take this country back for God” crew. It is a good thing to act as salt and light in this world, by our presence and advocacy to add traction to the slippery slope, but many have called those efforts “discipleship”. Not Bonhoeffer. And I can imagine that a debate between the two men would have been one for the ages. As Schaeffer advocated for Christians to engage in societal and cultural transformation, Bonhoeffer would have said that Christians need to learn to walk in the way of Jesus up that slippery slope. One advocated for a Christian culture. One advocated for Christ.

Bonhoeffer wasn’t calling for pietistic escape from society but the kind of engagement that was a byproduct, not a goal, of a disciple’s life. Because of his convictions, he was involved in the politics of Nazi Germany in a way that Schaeffer never could have matched in the America or Switzerland in his heyday of the 1970’s. Bonhoeffer paid for his involvement with his life. In summing up his thoughts about the essence of the Sermon on the Mount, he writes,

Here is the crucial question – has Jesus known us or not? First came the division between Church and world, then the division within the Church, and then the final division on the last day. There is nothing left for us to cling to, not even our confession or our obedience. There is only his word, ‘I have known thee’, which is his eternal word and call. The end of the Sermon on the Mount echoes the beginning. The word of the last judgement is foreshadowed in the call to discipleship. But from beginning to end it is always his word and his call, his alone. If we follow Christ, cling to his word, and let everything else go, it will see us through the day of judgement. His word is his grace.

Bonhoeffer was a one-issue person, and that issue was Jesus.

Reflect: Have you been more influenced by ideas of transforming the culture in Jesus’ name or by a single-minded emphasis on obedience to Jesus? Are these two things mutually exclusive? Why or why not?

Prayer: Jesus, you said in your word that your way is a narrow way. You ask us to defy gravity in following you as we climb the slippery slope with you – not withdrawing from the world, but not trying to create it in our own image of what we think you want. Help us to live loved by you and die known by you.