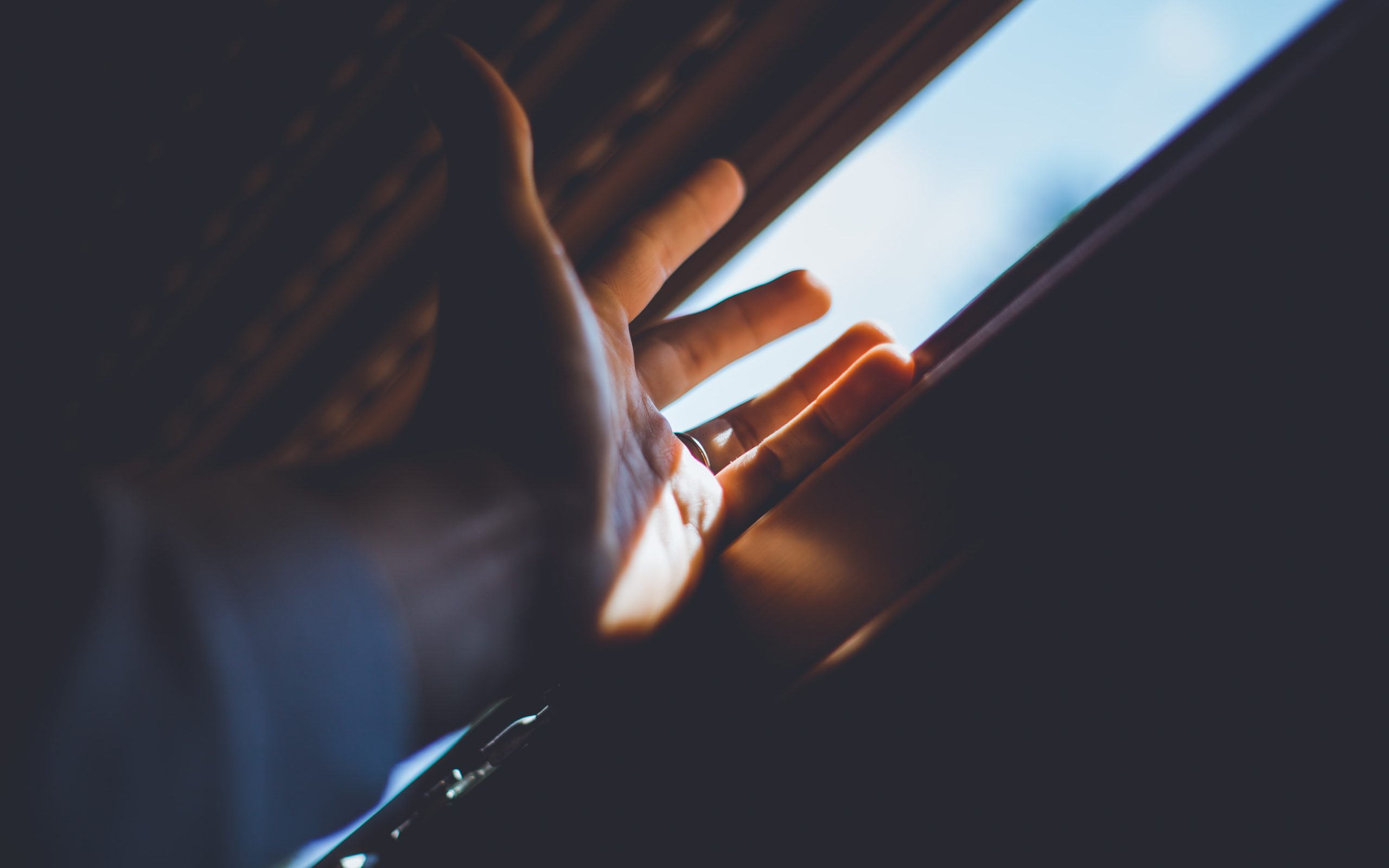 He was weary of watching the world from afar.

He’d never made peace with the fact that he had no choice but to be an observer, not since that first snow-white patch appeared on his foot. He obediently presented himself to a priest for examination, never really imagining the verdict that would be pronounced over him: unclean. Leper.

Shock faded to anger, then shame, then at last resignation as the disease spread slowly and steadily across his extremities, his rotting flesh emitting a stench that was the opposite of the intoxicating, rich scent of the sacrifices ascending from the Temple – a Temple where his diseased body was no longer permitted to present itself before a holy, unblemished God.

What had he done to deserve this life? Was he paying the price for his parents’ sin, or his own? God didn’t answer his questions any more readily than he’d answered the questions of Job. He survived as a beggar in his small village in the Galilee, the recipient of the charity of others – others, he thought ruefully on more than one occasion – who were whole, thus free to go to the Temple in Jerusalem to worship God.

When he heard that a Rabbi with a healing gift was coming to his village, the man dragged his broken body to a place where he’d be sure to cross paths with Jesus son of Joseph the carpenter. When Jesus came near, the leper crawled like an infant to Jesus, the humiliation of his decaying limbs on full display.

The leper had survived for years by begging. And he begged Jesus, declaring with certainty that Jesus could make his body not only whole, but pure. “If you are willing, Jesus….”

Jesus touched the untouchable, the ritually-unclean, the outcast man and said, “I am willing”, then spoke in the imperative: “Be clean!”

In one blink of the eye, the man’s body was made whole.

Jesus sent him immediately to the Temple, to fulfill the ritual laws regarding cleansing, and warned him not to blab about his experience to the world. Jesus well knew desperate people would be flocking to see him for what he might do for them, rather than hearing his whole message.

Bad news is all around us. This morning, the World Health Organization declared COVID-19 a pandemic. No one can predict how this will affect and reshape our world. Travel is down. Schools are closing. Employees are being urged to work from home. Public gatherings are being curtailed or cancelled. “Social distancing” has entered our common lexicon. And there is no end in sight – no promise of a return to “normal” anytime soon or maybe ever – as this silent virus leaps from person to person, unfettered by human-drawn boundaries.

Yes, I am concerned. I’m in a high-risk category because of my age and primary immune deficiency. Some of the protocols I try to observe as a result (hand sanitizer, care to avoid crowd) are now standard operating procedure. We can sing “Happy Birthday To You” twice as we scrub our hands with soap, but the invisible menace still seems to lurk in every touch and cough around us.

We are all being urged to keep our distance from one another, and some of us (with more to come) are being told to self-quarantine. And it is here, in these days when we’re all living a bit of the untouchable’s experience, I’ve found comfort in Jesus’s response to a man who was required to isolate from his community.

Jesus did not keep his distance from this man. He touched him. He healed him. He restored him to community. It began, though, by Jesus first drawing near to this diseased, disfigured man, his loving hands extended in scandalous willingness.

It is an image I want to hold onto in the coming weeks – for myself, and for each one of you reading these words.

One thought on “Social distancing with Jesus”