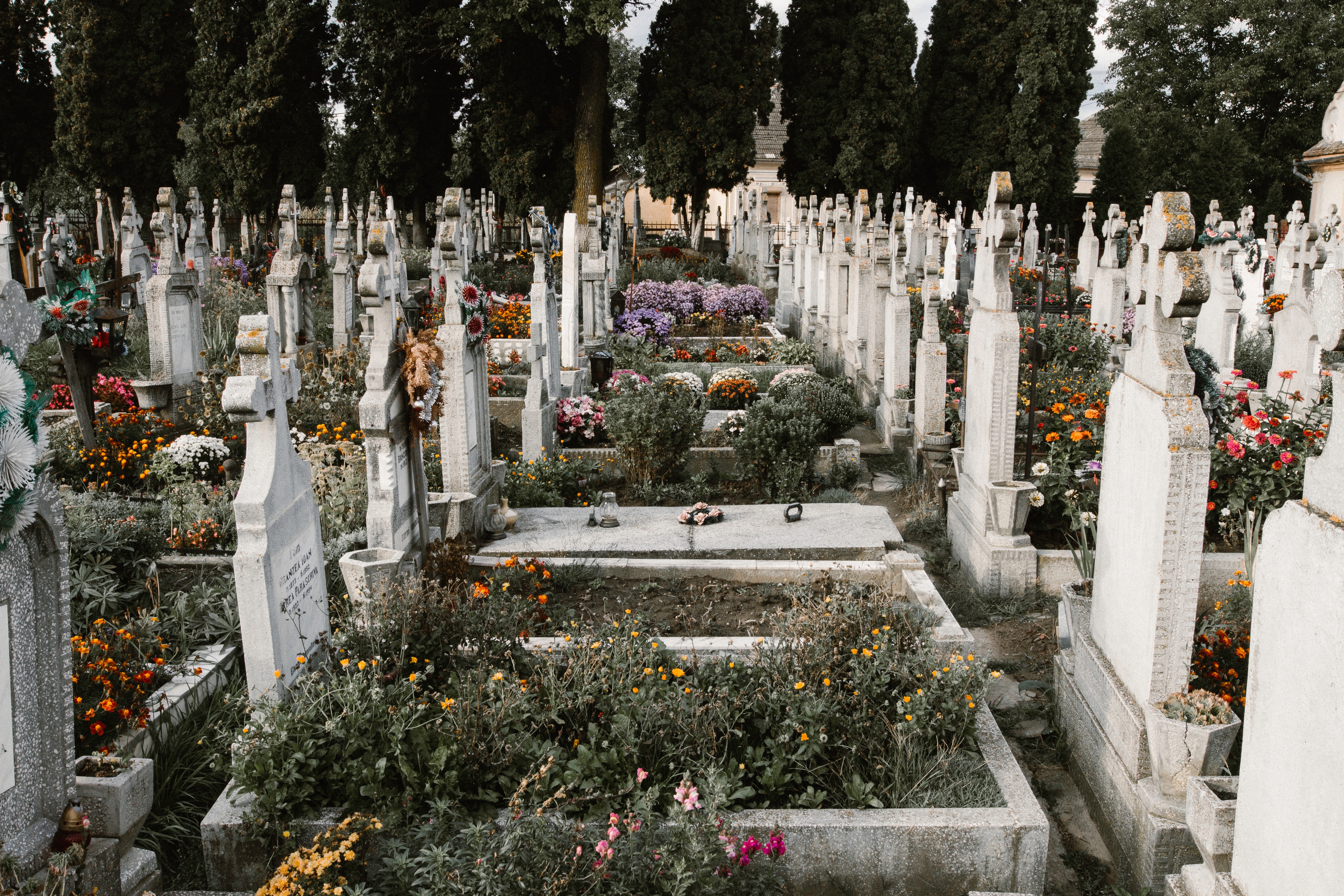 I’ve always liked the Jewish practice of sitting shiva (shih-vuh) for a week after a funeral instead of cramming all of the goodbyes into a wake and memorial service or funeral. Shiva.com has a good working definition:

Shiva begins immediately following the burial and lasts for seven days, ending after the morning service on the seventh day. Shiva is not observed on the Sabbath (Friday at sundown through Saturday at sundown) or on holidays. While shiva is the seven-day period following burial – and many mourners do choose to observe shiva for the full seven days – it is common to find that some families may only sit shiva for one-to-three days, depending on many factors, including the family’s level of observance or the deceased’s instructions or wishes.

I am not an expert on the practice, but having gone through truncated and not especially religious versions of shiva after the deaths of both of my parents, I can tell you that the extended time at home given to formal mourning allows the family to connect one-on-one with those coming to express their condolences. People stop by throughout the shiva period, often bringing food (so much food), and there’s a little more time to visit with each of those who come to offer words of comfort than I’ve ever seen at a wake or memorial service. It can be exhausting for mourners to have an open house for a week, but the mourner isn’t supposed to lift a finger. They are to receive, to grieve, and to be held by the prayers and care of others.

I thought about the ritual of shiva as I reflected on Chuck DeGroat’s excellent piece entitled Trust the Process: Stewarding the Death of the American Church. DeGroat is a professor at Western Seminary, and writes (and tweets) about abuse and church trauma. His words crystallized further what we’re all witnessing, not only in Evangelicalism but in every branch of the American church right now. DeGroat said:

In times like this, anxiety reigns. Our instinct to protect and preserve kicks in. Reactive inclinations like scapegoating and polarizing trump unhurried, reflective processes and careful thinking. In our social media age, we take to tactics that resemble mine from a long time ago (and today sometimes!) – efforts to correct and fix and convince – but in a depersonalized, sound-byte fashion.

I don’t know exactly how this dying will play out. I’m anxious about it. It impacts my longtime call, my livelihood, even my daily mood. I’m trying to resist the urge to fix it or to propose some “this is how we’ll save the church” recipe. I’m learning to attend what I can control in my little sphere and surrender the rest.

We are witnessing the death of a lot of familiar but incredibly unhealthy inclinations in the Church. None of it – the abuse, the denials, the hubris, the edifices to our own vanity, and the cutting-and-pasting of Bible verses to suit our own agendas – looks anything like Jesus. Yes, it needs to die.

But for too many of us, it is the only Jesus we’ve known.

Now, as all that gangrenous flesh is being cut away from the marrow and bone of the Body, we are feeling the shock of it. The truth of the matter is that none of us alive right now will be here to witness what grows from this dying. Over the last generation, many of us have grown accustomed to thinking that #winning™, #blessing™ and #bigcrowds™ are signs that we must be doing something right in God’s sight. No matter how many times we heard and sang that it’s not about us, the truth is that too much of it has been.

As I’ve been working on a book about spiritual maturity at midlife and beyond, I’ve had a lot of time to ponder (a) my own seemingly-endless supply of immaturity and (b) what it is we’re passing down to the next generation and the one after that. Perhaps because of (a), I recognize that I’ve often focused on the here and now. A fuller understanding of legacy-creation often accompanies maturity.

To extend this to the Church, we have too often chosen to be held captive by all the trappings of youth, and haven’t thought with any depth about what we’re passing on to our great-great-great grandchildren should the Lord tarry. Oh, we’ve focused like helicopters on our kids, but the stats about the exodus of Millennials from the Church highlight the fact that much of what we’ve created for them in our faith communities doesn’t have much sustenance to it. If it can’t make it to the next generation, it certainly won’t make it to the one after that.

Nothing has the potential to form us into spiritual adults like death does. As DeGroat noted, it is not too late for us to stop, to let the losses humble us, and to grieve. And not just for a 4-week sermon series.

We need to sit shiva with Jesus. Part of that process is a call to prayer. Part of it is remembering and reclaiming what has been good from our lives together in the Church – because there has been good. Part of it is recognizing what is dying and needs to be surrendered in repentance. Part of it is presence with one another so that grief doesn’t drive us apart. As counterintuitive as it feels, if we grieve well, we will be creating a legacy of faith that all our Big Programs and brash talk could not.

Church history tells me that God’s Story is bigger than our failures. And His Word tells me that he only wants the best for his Son – a pure, spotless bride. Before there will be a wedding, we’re invited to a funeral. Let’s sit shiva together, friends.

2 thoughts on “Sitting Shiva with Jesus”