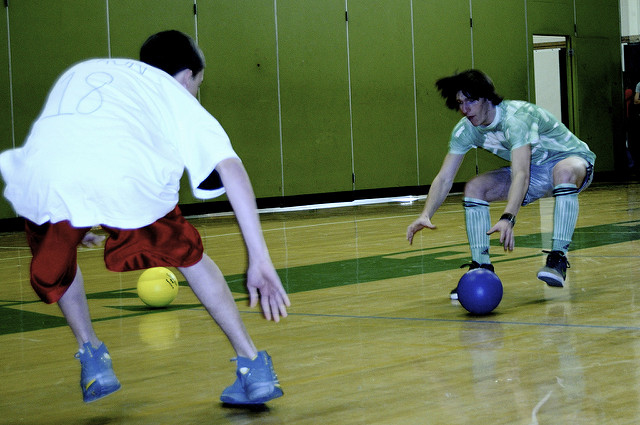 The tendency in the church to engage in intramural battles is nothing new. The writers of the New Testament epistles addressed these tendencies in one form or another in almost every letter. The adaptation of Paul’s words to his friends in Corinth, above, captures the very human desire to form tribes and to ensure your tribe is the winning team. Even those outliers who insist they are not members of any group function in the solar system of larger society as maybe-planet Pluto does: held by the gravitational pull of the sun, in relationship with the other planets whether it wants to be or not.

On Tuesday of last week, as the peak horrors of hurricane Harvey were being unleashed on Houston, a group of conservative Christian leaders released a document called the Nashville Statement  which addressed a particular set of questions about sexuality and gender identity. Katelyn Beaty’s piece in the Washington Post offers a concise summary of both the Statement and the reception it has received. There have been a number of counterpoint responses (this one from America magazine editor James Martin; this one is a direct rebuttal using the same affirm/deny format as the Nashville Statement; this round-up from Sojourners captures the tenor of response from progressive/affirming groups). The Statement drew the ire of the mayor of Nashville, who did not in any way wish his city to be associated with its contents.

I’ve gleaned helpful insight from the following bits of commentary from theologically-conservative writers:

On June 26, 2015 when Obergfell v. Hodges became the law of the land, I had that feeling in my gut like the one I get just before the roller coaster takes its first drop. This would become a line of demarcation in the Church (and that includes all streams of the Church) in a way none of us alive in this hour have ever experienced.

Particularly in Protestantism, of which Evangelicalism is a subset, we have 500 years of practice in the fine art of division. We have divided over everything from modes of baptism to style of worship music. We are really good at it. The last few years have been especially difficult in both mainline Protestant and Evangelical congregations, as numbers of adherents and converts are shrinking.

In addition, the current political climate in the U.S. has exposed the addiction to power that has shaped Evangelical practice. When I hear 81% of my fellow Evangelicals say they voted for a man of epic poor character, some even claiming he is a “tender-hearted baby Christian”, I wonder how we got here – and then remember the journey because I’ve been on it for more than four decades. We are way past boycotting retailers because they don’t say “Merry Christmas” in the way we’d like, but it is this kind of culture warring in the place of the discipleship to which we are called that has brought us to where we are today.

So lines are being drawn. Insistence on aligning with a particular tribe is the order of the day. While I share the gist of the concerns expressed in the Statement, I can not in good conscience sign it, for all the caveats expressed by Alistair Roberts and thoughtful push-back given by Matthew Lee Anderson.

Does my refusal to sign signal my allegiance to the “other team”? No.

These battling points of view, with their “just sign here” mark of allegiance and “click to share” trigger-happy online reactions, do nothing to form us into the image of the Son. One friend used the word “militarization” to describe the way these statements coming from parachurch groups function in the Church right now. Frankly, the lot of them seem to be attempting to function as ad-hoc popes.

Despite my long history of finding my way into small churches loaded with dysfunction, I again circle back to the fact that my embodied commitment to a local body, to a network of actual human relationships to whom I’m accountable, is where I must work out my salvation with fear and trembling. I am active online, and I’m a writer, so I understand the urge to live my spiritual life in the ether instead of in the community of real life people I know and love. I’ve written about that here, in fact. The online world has greatly enriched and expanded my network of meaningful human relationships, and I’ve cherished the fellowship of conversation partners God has brought into my life as a result of the words I’ve written. Yet I can’t escape the fact that discipleship is not just mental assent to something good I read on the interwebs, but a call to love God as a whole human being.

Yes, lines are being drawn. Tribes are being formed. We will have to choose sides, but they will not be formed out of the artifice of parachurch ministries throwing up a slick (or ugly) website. These disembodied groups’ imperatives do not form me as a follower of Jesus the Messiah, try though they will. I attempt to listen and learn from those with whom I agree and those with whom I disagree. I have alliances based on affiliation and rootedness in historic theological orthodoxy. But in the end, as it has been throughout history, the blood of the martyrs tells us the lines of demarcation will be chosen for us, and we will have to decide whether we will have the courage to follow Jesus or not.

I leave you with this:

What are your thoughts? Do efforts like the Nashville Statement help clarify things for you? Why or why not?