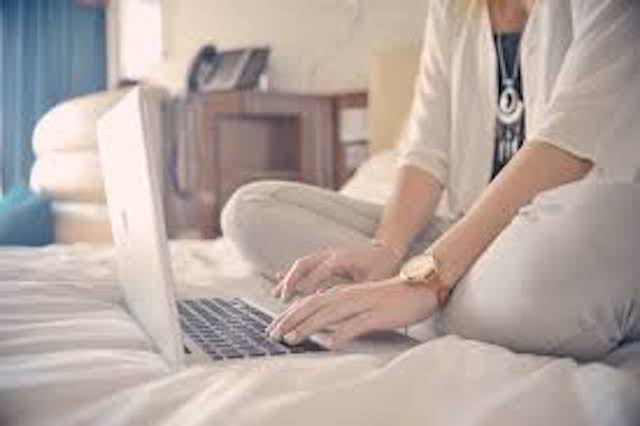 I watched a cyclone of furor erupt online last week in response to Tish Harrison Warren’s CT Women piece entitled Who’s In Charge of the Christian Blogosphere? in which she called for greater accountability between Christian bloggers and their local churches and/or denominations. Though she was writing to a female audience, the message of her post certainly applies to male bloggers as well. Some bloggers infuriated by her piece took offense that she’d used Jen Hatmaker as an example, others observed that asking for accountability from male-run institutions that have a long history of silencing women’s voices was the very definition of insanity.

As public teachers—even those operating in cyberspace—we forfeit the luxury of holding merely “private” beliefs. When Christian writers or speakers make theological statements, we have a responsibility to give a specific argument, show our rigorous theological work, elevate the conversation, welcome strong criticism and debate, and in so doing, help others think and worship better. And although many Christian writers and speakers might have some level of private, informal accountability in their home churches, they still need overt institutional superintendence (to match a huge national stage) and ecclesial accountability that has heft and power. Otherwise, they can teach any doctrine on earth under the banner of Christian faith and orthodoxy.

As both a survivor of spiritual abuse and a person not a fan of layers of church/denominational hierarchy –  you would think I’d chafe at her words. But I am not. As I noted via Twitter last week, the church and the Christian blogosphere are not two separate, barely-overlapping circles on a Venn diagram. While I celebrate the priesthood of all believers, I also believe we believers are a part of one catholic (small “c”, meaning universal) church no matter which orthodox (small “o”, meaning adhering to the realities expressed in the creeds) stream to which we belong.

Over the last four decades, my husband and I have logged time mostly in non-denominational churches, which means the congregation is self-governing; there is no hierarchy beyond what exists within the literal or metaphorical “four walls” of the local body. We’ve spent time in congregations like the Vineyard who form relational networks of local churches, but eschew the trappings of formal denominationalism. We’ve also been members in an Anglican congregation, which relies on a highly organized hierarchy to run the denomination.

In other words, I’ve been around. I’ve been blogging since 2005, more than a quarter of that time. When I started, I viewed my blog as a little more than an online diary. My total readership was comprised of like maybe eight friends. However, I’d been writing for a long time before that – curriculum, articles, plays, devotionals, and more. I note here no church leader of a congregation of which I’d been a part had ever showed the teensiest interest in the writing I’ve done for the big “C” Church, though a few were happy to have me do various bits of writing for their own congregation. I’ve been conditioned by the complete lack of interest in my vocation not to expect anything whatsoever from a pastor.

As I read Tish’s words, I reflected on the congregations of which I’ve been a part since 2005* through four relocations within the Chicago area, and that complete lack of interest has continued:

Our tumbleweed existence has called for mastery of the skill of being the New People. Perhaps because of that, the nearly-complete lack of interest in my work from my own church leaders matched the fact that I expected nothing from them. Occasionally, it would strike me as weirdly ironic that a good number of other church leaders read my work but my own pastors seemed sort of agnostic toward my writing despite evidence to the contrary. I’m not a big name blogger or speaker, but I recognize that I now have more than eight people reading what I write.

Tish’s words have challenged me to stop being OK with this. So what does accountability look like in a low-church or non-denominational setting?

I’d love to get your feedback on this, readers. Am I asking too much? Too little? In your context, what does the relationship look like between a blogger (or writer or speaker) and his or her local church?