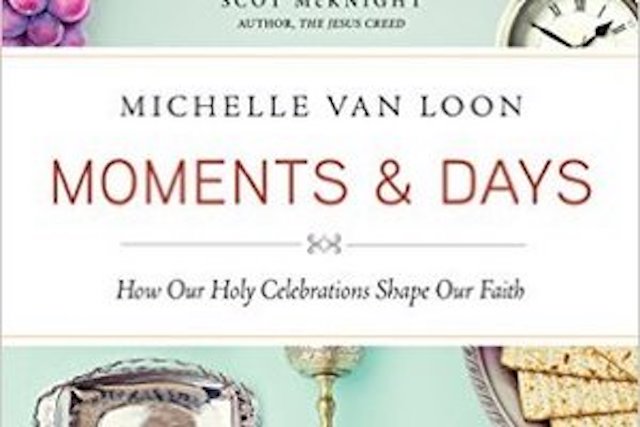 Shavuot begins at sundown on Tuesday, May 30th. Click here for a 5-minute guide to the holiday.

Pentecost is Sunday, June 4th. Click here for a 5-minute guide to the holiday.

Why am I pairing these two holidays? Because just as every other part of Jesus’ ministry was rooted in his observant Jewish identity, the story of Pentecost recounted in Acts 2 is directly related to the reason people from every known tongue, tribe, and nation had converged on Jerusalem. They were there for the feast of Shavuot.

If we could go back in time to just a few days before the events described in Acts 2, we’d hear the resurrected Jesus telling his friends he was going to empower them to carry to the ends of the earth the news that new life was found only in him. Jesus spoke cryptically about how this empowering would happen. “I am going to send you what my Father has promised; but stay in the city until you have been clothed with power from on high” (Luke 24:49).

These Jewish followers of Jesus already knew they’d be staying in Jerusalem. From all across the land, the people who’d worshiped at the temple in Jerusalem fifty days earlier at Passover returned for corporate worship at Shavuot, the second of the three yearly pilgrim festivals God mandated for his people.

Shavuot was initially given by God to be a holiday celebrating the “first fruits” of the wheat harvest and honoring God’s provision. It came to be identified with the giving of the Law to the Israelites at Mount Sinai. This was not a random reassignment, however; the learned scholars did some calculating based on a clue found in Exodus 19:1: “On the first day of the third month after the Israelites left Egypt—on that very day—they came to the Desert of Sinai.”

These Torah scholars eventually determined that the Israelites received the Ten Commandments fifty days after their departure from Egypt. God’s gift of the Law became the focus of a Shavuot celebration. And on that first Shavuot after the resurrection, Jesus demonstrated both that he himself was the first fruit to which those offerings were pointing, and that he had come to write the law on the hearts of his people through the gift of the Holy Spirit.

Pentecost had a place on the yearly Christian calendar from the second century. Pasche, the observance of the resurrection, was the name for the entire fifty-day period between Easter Sunday and Pentecost Sunday. By the end of the third century, Pentecost was the name given to the final feast day of the fifty days. Over time, a liturgy and an eight-day vigil leading up to Pentecost formed around the day. These holy days were second only to Easter in importance for early believers. Because the date of Pentecost is calculated based on the date of Easter, which is derived from the lunar cycle, the earliest date in the Western church for Pentecost is May 10, and the latest date is June 13.

Many people like to say the Church was born at Pentecost. The signs, wonders, and miracles that exploded like dynamite were (and still are) road signs inviting Jew and Gentile alike—people from every tongue, tribe and nation—into this new community. Though I believe the community of God-fearing, Jesus-following people existed before Pentecost, this community was empowered at Pentecost, and the ripples from that blast have continued through time for the last 2,000 years.

In my ongoing journey through the year, I’ve been posting a bit of information about each major holy day or season in the Jewish and Christian year – along with a “to try” and “to eat”. I’ve discovered many people are interested in being more intentional about learning about the these sacred calendars, but don’t quite know where to start. I’m very happy I can point to a resource that offers a thoughtful historical and devotional overview of each calendar, but also know that many people feel as through attempting to participate will be a pile-on of extra stuff to do (and extra guilt to feel if they can’t do it).

Because Shavuot and Pentecost fall six days apart this year, I’ll offer one simple “to try” suggestion that incorporates both holidays. Shavuot in observant Jewish communities is a holiday given to extended study of God’s word in honor of receiving the Torah at Mt. Sinai. Pentecost is the day in which believers were empowered to obey God’s word. Why not take some extended time sometime between Shavuot and Pentecost to read through Acts 1-7. Place yourself in the story (because if you are a follower of Jesus, you are in the story!) and imagine yourself experiencing the outpouring of the Holy Spirit for the first time. Pray for your church as you read. Pray for the Church universal. And give thanks to God as you do.

It wouldn’t be a celebration without food, right? Shavuot is celebrated by enjoying dairy-based treats. Some rabbis have suggested that when the Chosen People received the kosher laws (detailed in Deuteronomy 11:1-47; 14:3-20) as part of the larger Torah given at Sinai, they realized that their cooking utensils were not set up to cook meat and dairy dishes separately; the Hebrew people ate uncooked dairy dishes in response to this law (Exodus 23:19; 24:26; Deuteronomy 14:21). Others have suggested that eating dairy with honey is a way to honor the language of the Torah as being sweet, rich, and fulfilling, just as milk and honey are to us (Song of Songs 4:11). Still others have noted that the custom may simply derive from Shavuot’s roots in the agricultural cycle: In antiquity, cheese was often made in late spring.

In any case, have I got a recipe for you. This dense, not-too-sweet recipe has been in my family since the early 1970s. Sylvia was the Italian grandmother of a neighbor of ours. She made the best old-fashioned New York-style cheesecake, a classic treat.

Combine the above ingredients in a medium bowl. Press into a but- tered 9-inch springform pan.

Preheat oven to 350 degrees. In large mixing bowl, beat together lemon juice, cream cheese, and 1 cup sugar. Beat in eggs one at a time until the mixture is light and fluffy. Pour over crust in springform pan. Bake for 45 minutes.

Remove from oven, and let cool for approximately 20 minutes. Meanwhile, combine the sour cream, 2 tablespoons sugar, and 1 tea- spoon vanilla in a small bowl. Spread over the slightly cooled cheese- cake, then return to the oven for an additional 10 minutes.

Remove from oven and let cool completely. Refrigerate overnight. The following day, remove the springform pan. Serve as is or with fresh berries drizzled with honey.