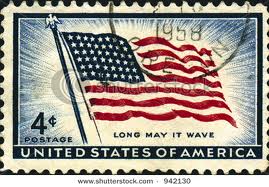 Oh, for the good old days of being a “Values Voter”. It was so easy to grab one of the guides published by conservative lobbying organizations, skim the columns comparing the candidates, and vote Republican. I didn’t vote for candidates. I voted to end abortion.

I’d used the logic that to vote pro-life was the ballot box equivalent of seeking first the kingdom of God; if I voted that way, then the remainder of the our country’s social issues would “be added unto us” in the form of just, unobtrusive and life-protecting rule. I wish I could say I was unique in this regard, but those who spend their days studying these things note that my evangelical voting habits and unblinking trust in the G.O.P. as the agent who would be best positioned to “rescue” our country’s morality were anything but an isolated statistical hiccup. Also not a hiccup is the fact that over the last decade, I, along with many other conservative evangelical voters, have had a growing sense of frustration that I’ve been used by the Republican party as they’ve made (and stonewalled) policy that was anything but pro-life in nature. Being a one-issue voter meant I didn’t really have to do much thinking about a candidate’s or party’s positions on some of the other issues I cared about, such as immigration reform, the way higher education is funded and paid for, foreign policy/U.S. military policy throughout the Middle East, health care legislation and the need for an unflinching overhaul of banking and financial services industry regulation.

I was quite unhappy with the Republican candidates in the last presidential election – and wasn’t an Obama fan – so elected not to vote at all in 2008. In the name of fairness, I recognized that my abstention from the ballot box also meant that I would also need to cede my right to complain about the results of the election. I’ve grimaced and prayed (usually, not at the same time) throughout the last four years, but mostly, avoided much political discussion.

Which brings us to today. We are 41 days away from this year’s election. Guess what? I still have no idea who I’ll be voting for – or if I will vote at all. I am not these people. But I am an undecided voter, nonetheless. I am still guided by pro-life convictions, but understand that I need to wrestle through how other policy issues interact with that concern.

I guess this means I have to think about how I’ll spend my vote in November. And of course, I need to pray.

Some helpful resources for me as I’ve been hashing this out:

How about you? What’s been helpful as you’ve approached Decision 2012?

6 thoughts on “You mean I have to THINK about how I’ll spend my vote?”