Terri was a chemist, skilled at her work and respected by her coworkers.

Terri was a caring daughter. She spent a few evenings at week with her mom, a late-stage Alzheimer’s patient, just as she had every step of her mom’s journey. And she was a huge support for her dad as well.

Terri was a gifted musician, leading worship at church with a generous and humble attitude.

Terri was a thoughtful friend. She remembered details from past conversations in ways that communicated that she’d listened well and then prayed about the issue; this is what being a friend meant to her.

In spite of the fact that Terri was a rock-star daughter and friend, and a consummate professional at work, she confessed to me that she often felt like an awkward third wheel in the church because at 47, she’d never been married. She’d never been a wife or mother. To anyone who has ever been a single in a standard suburban church, this awkwardness isn’t exactly a news flash, is it?

Terri and I occasionally talk about how to combat those feelings of being an outsider. She was intentional about serving, about cultivating relationships with other singles, couples and families. She was an introvert by nature, but kept on faithfully showing up at church events, smiling and talking and caring for those God put in her life. She’d made her peace with her singleness, but hadn’t made her peace with how many in the church made her feel about her singleness.

A recent Barna Group research summary under the banner “Christian Women Today” explored the priorities and lifestyles of modern women of faith. These words from the piece explained Terri’s never-ending battle to find her place in the church: 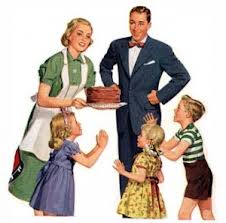 Without children, Terri would always be an outsider at church, particularly among the women. The real fellowship happened among mothers of children from birth to about 16.

Though I was the mother of three children, I think Terri saw me as someone she could process some of her hurt and frustration because of my propensity to agitate from the margins. And though she never wore the mantel of a victim, she was most definitely marginalized in our church. No doubt about it.

I had great compassion for her plight, but until I became an empty-nester, I never stopped to consider how this motherhood-centric dynamic shaped my own faith experience. I would have answered Barna’s pollsters the same way that the 36% who said that raising my children well was my highest goal. No doubt about it.

This was a good goal, but was it God’s best for me? For Terri? The conclusion of the Barna piece included these thoughts:

The president of Barna Group, David Kinnaman, offers this commentary on the research. “Some may interpret this research as a false choice: can women be asked to choose between their role as a parent and that of their faith? They see motherhood as core to what it means to disciple and be discipled. Others may conclude this study shows too many women have created an ‘idol’ of their family, perhaps at the expense of their devotion to Christ.

Between these extremes, perhaps these stats should help both moms and dads to consider the favorable—and potentially unfavorable—ways parenting has affected their faith journey. And church leaders, too, must wrestle with key questions:

Has raising children and doing it well become central to the definition of being a good Christian?

What happens to a mom who struggles in her role as a parent or to a woman who wants to but cannot become (or never becomes) a parent?

Are these women somehow perceived as less Christian by fellow believers?

Could a grace-based theology of faith in Christ be undermined if many Christians embrace a parallel works-based theology when it comes to their parenting?

For church leaders and influencers the research underscores the complexity and importance of the God-given role of motherhood for millions of women.”

Motherhood is a sacred calling and responsibility. But I now realize that even with my “agitating from the margins” about so many things, I was too much of a motherhood insider to be able to form the kinds of questions that Kinnaman asks here – or to deal with the places in my life where motherhood subtly morphed into an idol.

As an empty-nester, I am in a different stage of motherhood now. I can answer “Yes. She tends to be invisible and unimportant. Yes. Yes!” to those questions. And then to turn them on myself, to use those questions as invitations to repent, to return to my first love, and to recalibrate as a parent from this point forward. They will guide some of the conversations and times of prayer I have with younger women as well.