This week, Christianity Today’s website featured the first round of volleys between David Brickner, the head of Jews for Jesus and John Piper, author and pastor of Bethlehem Baptist Church in Minneapolis. The question being debated is “Do Jews Have A Divine Right To Israel’s Land?” Here is Brickner’s post, here’s Piper’s response.

The question is not merely an academic exercise in Biblical hermeneutics about modern Israel’s divine right to exist. It also speaks to ethnic Israel’s continued existence both in the diaspora as well as those living in the land of Israel; we’re now approaching a point where nearly half of the world Jewish population now resides in the State of Israel. The question also speaks to the identity of Jewish believers in Jesus like me.

This is not a simple “true/false” question. I contend that the way in which you answer that question – the ideas and Scripture you use to support your one-word answer – have told me some very painful stories about my identity in the four decades that I have been a Jewish believer in Jesus. 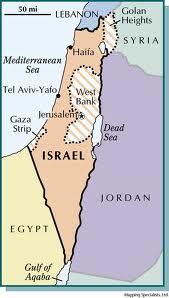 I firmly believe that the Jews have a divine right to our homeland. I have compassion for the Israeli Arab (Palestinian) population, and am believe that they, too have a prophetic calling and purpose in the region.

A visitor to Yad Vaashem, the Holocaust Museum in Jerusalem, exits the building to a plaza that offers a breathtaking view of Jerusalem and beyond. The powerful nonverbal message is that we stand here now because that travesty that decimated Jewry happened two generations ago. Israel’s continued fragile existence surrounded and vastly outnumbered by antagonistic, human-rights violating nations (Syria, Egypt for starters) is all mercy, as Brickner  noted. Piper states that that Israel may (italics his) have a human right to the land, but that the nation’s divine right is both conditional and irrevocable. I do not have a quarrel with the Biblical accuracy of those statements, but I do have a serious beef with his application, which comes down to these words: “While Israel rejects Jesus as her Messiah, neither God’s mercy nor his justice offers compelling warrant for her possessing the Land.”

In other words, John Piper is stating that until world Jewry comes to faith in Christ, they do not have a divine right to the land. His theology has disconnected his idea of future redemption from God’s present mercy to his Chosen People in a way that violently violates Romans 11. When the former Phariseee Saul-now-Paul wrote his friends in Rome, he explained his ministry motivation: “...if somehow I might move to jealousy my fellow countrymen and save some of them.” (Romans 11:14 NASB).

Piper’s words and harsh application will not move any Jewish person to jealousy. Ever.

And they made me, a Jewish believer in the Jewish Jesus Piper confesses, very, very sad as well.

10 thoughts on “Piper, Israel and me”