I grabbed a paper cup and pumped hot coffee into it just as I did each week before the Sunday morning worship service began. The coffee table in the lobby of the church was a hive of pre-service Sunday morning activity. As I reached for a lid to cover my cup of brew, I noticed a small, gift-wrapped box tucked just behind the trio of sugar containers. I picked it up and noticed my name penned neatly on a tiny gift tag. I glanced around me at the crowd filling their cups and greeting one another. “Anyone know who left this here for me?” A few people shook their heads, then returned to their conversations.

A guy toting a carafe of fresh coffee smiled at me as he hefted it onto the table, swapping it for an empty container in a single motion. “Nope. What’s that?”

“I don’t know. There’s no card. It was just sitting here.”

He smiled. “I guess you’ll have to open it to solve the mystery.”

I tucked it into my purse, grabbed a bulletin from a teen handing them out as I entered the sanctuary, then headed to my usual seat. As I sat down, an envelope slipped from the fold of the pages and fell to the floor. I reached for it, startled to see my name on the envelope. I slipped my finger under the flap to release it, and pulled out the card inside. It simply read “Service”. No signature.

I pulled the box from my purse, and opened it. The box was empty, save for a single tiny word stamped on its base: “Helps”

As the first notes of sung worship opened the service, I pushed the puzzling mystery to the back of my mind as I began to sing. My eyes were closed as I focused on making my off-key singing an offering to God. When I opened them again, a small stack of gifts were sitting on the empty chair next to me. One was wrapped in shiny paper, another was wrapped in the Walgreens ad from the morning’s paper, a third was in a wrinkled gift bag. No one around me seemed to notice, so I opened each one as quietly as I could. The words “Exhortation”, “Discernment” and “Mercy”, one inside each box, were tucked inside of these offerings.

They passed the plate old school at this church to receive the offering, and as I moved to pass it on, I noticed another envelope with my name on it. I pulled the envelope from the plate, and opened it. A single word fluttered to the floor: “Giving”.

Another worship song, and around me, I could hear a few voices singing their own free-form praises to God, a heavenly call and response, in perfect descant to the melody, in extemporaneous prayer that invited the presence of God to move among us. I bowed my head for a moment, and noticed a 9 x 12 manilla envelope tucked under my chair. My name was written in crayon on the envelope. When I lifted the prongs of the tab closure, the words “Tongues”, “Interpretation” and “Prophecy”, tumbled into my hand. I stared at the words nested there, interrupted only by the words from the person standing in front of the congregation, “Let’s look at the morning’s Scripture together.”

When I glanced up, the word “Teaching” was on the projected screen behind the speaker. The word morphed a few moments later into “Preaching”. At the end of the message, an elderly woman passed by me on her way to the front of the sanctuary, pressing small flat unwrapped box into my hands. As she told the story of how God had brought both restored health and spiritual renewal to her critically ill daughter, I lifted the lid from the box. “Healing” was scribbled on the inside. I looked back at the woman, and saw the word “Faith” had replaced “Preaching” on the screen behind her.

As the service drew to a close, a kid from the youth group slid into the empty seat next to me. “How you doin’ this morning?”

I eyed him up and down. His hands were empty: no boxes, no envelopes. “I’ve never had a morning like this before,” I said.

“Really? I thought it was a pretty typical Sunday.”

I reached under my seat, where I’d stashed the envelopes and boxes. “It was the craziest thing. People were giving me gifts all morning long. Look at this stuff.” I spread the loot across my lap. “And then there were the words on the screen. It was like some sort of spiritual birthday party or something.”

I began telling him the entire story, but he stopped me. “You know that kind of stuff happens every time we gather, right?”

I held up a box and an envelope and shook my head. “Every time? I don’t think so.”

He grinned. “Yeah. Every time. The Holy Spirit distributes spiritual gifts to his people in order to strengthen his body for the common good, right? Well, these people were doing exactly what they were supposed to be doing with them. Giving them to you, me, others. When two or more of us gather here, or in someone’s living room, or at Starbucks, we’re all given the opportunity to offer someone else the gifts God has given us.”

I’d grown so used to our gatherings that I’d missed it. I nodded in assent, feeling a little like George Bailey coming home humbled and able to receive the financial help he needed from his friends at the end of It’s A Wonderful Life.

“Remember this,” he said as he rose. “The gifts God gives to you don’t really belong to you, either.”

I caught a glimpse of the words “Wisdom”, “Knowledge” and “Discernment” printed on the back of his T-shirt. As he departed, he said softly, “God gave those gifts to you so you could give them away.” 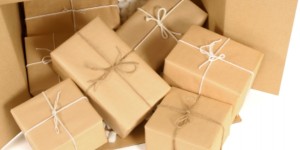 When we speak about spiritual gifts, as we are going to be doing at my church over the next couple of months, many people tend to use the language of ownership: “My gift is…”. That possessive pronoun “my” tends to focus us on…well, ourselves. (Not that most of us need much help in this department.) God indeed gives each of those of us who are His a gift or gifts meant to reflect his character and strengthen our service to one another and to the world around us. But we receivers are not the terminal destination for those gifts.

I should note that fakers and hoarders abound in the Church when it comes to gifts. I know this because I have at times I have been both – either pretended to be something I’m not (not proud to call myself a hypocrite, but a spade is a spade) or held back because I didn’t like the particular batch of recipients God had in mind for the gift he gave me TO SHARE.

I am praying in this season that I am far more intentional about noticing the gifts God is giving to me through my brothers and sisters in the Lord. Noticing comes as a result of “hearing eyes and seeing ears” and is, quite simply, a necessary and healthy response of gratitude to the Giver.

9 thoughts on “Whose gifts are they?”