Chapter 6 is titled “Necessary Suffering”, and offers a discussion about the role suffering plays in our human development. “Ironically, this refusal of necessary pain of being human brings to the person ten times more suffering in the long run,” Rohr writes. Suffering is a crucible that clarifies our inner lives. “Before the truth ‘sets you free’, it tends to make you miserable.”

His own Catholic faith has been that crucible for Rohr. Though he’s also been a vocal critic of his own faith family, he also realizes that his struggle with the Church has helped him to fully integrate and internalize the “incarnational mysticism” he’s discovered at the core of the Catholic worldview.

“The pedestrian and everyday church has remained a cauldron of transformation for me by holding me inside both the dark and the light side of almost everything, and by teaching me nondualistic thinking to survive. It has also shown me that neither I nor the churches themselves really live much of the real Gospel – at least enough to actually change our present lifestystyles! It is just too big a message. Refusing to split and deny reality keeps me in regular touch with my own shadow self, and much more patient with the rather evident shadow of the church. I see the exact same patterns in every other group, so my own home base is as good a place to learn shadow boxing as anywhere else, and often better than most.”

Nature portrays the process of “necessary suffering” for us, if only we’ll have eyes to see: death that accompanies a change of seasons, the number of seedlings launched into the wind that never become trees,  Yet most people deny the necessary suffering that accompanies change. You can see this denial at work in both institutions and in individuals. Rohr notes that even if people say ‘no’ to the pain of change, he trust in the God who waits and empowers free will and a free ‘yes’. “In a certain but real sense, the church itself is the first cross that Jesus is crucified on, as we limit, mangle, and try to control the always too big message….I am without a doubt a microcosm of this universal church.”

Rohr shifts then to a discussion about what it means to hate our family, and how this “hate” relates to the Fourth Commandment. This commandment is necessary for the first half of life, he notes, and it can be possible for the whole of our lives. However, in an interesting application of the inherent tension between these two Bible passages, Rohr explains that many people are restrained from growth in the second half of their lives by the “pious, immature, or rigid expectations of their first-half-of-life family.”

It isn’t just family that restrains us, Rohr notes. It is our peer group and our society. “Without very real inner work, most folks never move beyond it…To move beyond family-of-origin stuff, local church stuff, cultural stuff, flag-and-country stuff is a path few of us follow and with integrity.” Leaving home (the home of our first half), helps us find home.

“Your false self is your role, title, and personal image that is largely a creation of your own mind and attachments. it will and must die in exact correlation to how much you want the Real.” 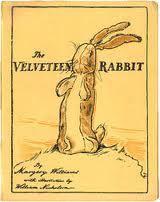 Losing that false self is the reason for the necessary suffering so that we can find “‘the pearl of great price’ hidden inside this lovely but passing shell”.

Even if I am certain I’ve left behind my family of origin, I am amazed at how some of my childhood story has bubbled to the surface in recent years. I can attribute some of this to the deaths of both of my parents. But I think there is something more than this, something that has more to do with the falling upward of the second half of life. Am I the person my childhood experiences told me I was?

I’ve been surprised to discover that some of what I’d long discarded from those experiences as I entered my first adulthood needs to be welcomed into my second adulthood identity – but a whole lot more of that first adulthood needs to be honored, then left behind as a husk. A good counselor and a few prayerful friends have been a help in figuring out which is baby and which is bathwater, which is Real and which is only a shadow.

I want the Real.

Note: If you’re enjoying this discussion, you might want to visit “The Rest Of The Story” blog, where Angie is also blogging her way through Falling Upward.