“Our driver is running a few minutes late. Is that O.K.?” The voice on the other end of the phone waited for my answer.

What was I supposed to say? I’d been sitting in an office with nothing much to do except wait for the guy from the office equipment company to come pick up his copier. “Sure. I’ll be here.”

It is the mundane nature of days like this that threatens to numb us from savoring the activity of God in our lives.

I diddled with some paperwork, wrote a few emails, and watched the minutes tick by like migrating geese. At last, there was a knock on the door. “Sorry about the delay.” A man in his early forties wiped a bead of sweat from his forehead. “Hot one out there, eh?”
We exchanged weather-related pleasantries and I shot a glance at the clock. I could still make it out of here before rush hour starts. We talked through the logistics of how he’d get the aging copier out of the office building and into his truck, and discovered we had an acquaintance in common. He busied himself unplugging cables and readying the machine for transport, then stopped and looked at me.

It kind of a funny question to be asked while I was standing in an office, though he did know that I did the bulk of my work for the organization from home.

“My primary job is writing,” I told him, and explained that I have a variety of different gigs going these days, most writing-related, including the one that brought me to the office that day.

His curiosity was piqued. “What do you write?”

When I tell people I’ve written two books about the parables of Christ, the conversation usually goes in one of two directions. Either they smile at me like I am a deluded fool and change the subject, or they begin to tell me a little about their own faith story.

Our ensuing conversation was in the latter camp, but with a confessional twist. For a moment, he looked like he was about to break down, then the words poured out of him like a river. “This economy has been brutal on my business. I’m the owner, but can’t afford to pay a delivery driver right now. I am a person of faith and love to share it, but the first and the fifteenth of each month when I have to pay bills, I take my eyes off of Jesus. I’m scared.” He paused, an attempt to dam the river. His face reddened a bit. “I don’t know why I’m telling you this…” 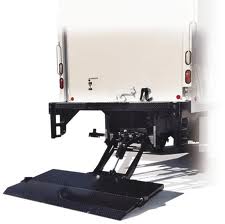 I nodded. Maybe he thought that because I wrote a book, I’d have a solution for his fear. Honestly, I’m a little scared these days, too, in several different areas of my life. I told him briefly about my own struggles, and referenced the words we pray but sometimes struggle to believe when fear’s shadow threatens to block out the truth about who God is. As we talked, the copier and the truck and the clock metering out the moments of our respective workdays faded into the background as if it was bad scenery from a high school play, and the kind of fellowship found only in the kindgom of God filled the space between two struggling strangers. A tiny fragment of eternity had invaded our now.

Our conversation came to a resting place, and the clock again came into sharp focus. “I better get going,” he said, glancing at it. “Before I do, I was wondering if you’d think it was weird if we prayed together?”

Weird? It was the only logical place we could go. As we said our Amens, each of us let out an involuntary sigh, lightened from the release of lifted weight from weary shoulders.

“Nice to meet you, John. I’m Michelle.” After he left, I stood in the office, chastised by the echoes of my grumbling just a few minutes earlier about the inconvenience of the delay to my precious schedule. I didn’t deserve the grace that filled that conversation, and remembered again that these sorts of encounters are exactly what daily bread tastes like.

2 thoughts on “The taste of daily bread”