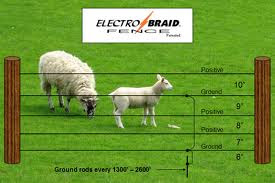 If a leader is not inclined to confess, then without a moment of hesitation, he or she will destroy anyone who gets too close to their secret. The love the ministry leader may profess for their congregation ends at the electrified fence they’ve built around their secret. The leader usually has no problem shoving the potential exposer into the fence and watching the person fry. “See? There’s the problem in our congregation,” the leader will say as he or she points to the now crispy-fried reputation of a brother or sister. And in my experience, they’ll resort to this tactic again and again and again until they either get caught or collapse under the weight of their double life.
Someone once told me I seemed to have trust issues with church leaders. (Ironically, I later discovered that this person was heavily involved in a cover-up of a church leader’s emotional affair. But I digress.) When I recently shared some of our war stories with a new friend, I realized that either (a) my husband and I have extraordinarily terrible discernment when it comes to choosing churches or (b) the problems are here, there and everywhere, and when we’ve prayed “God, please use me”, he will take us at our word and escort us right toward an electrified fence.
The temptation to say, “Forget you” to the Church has been great at times – and there have been periods when simply walking in the door of a service and taking a seat in the back row has been all that I can do. Even then, when I was in non-involvement mode at a church, I once had a woman in leadership decide to befriend me because I seemed safe (because I was non-involved) and confess to me the affairs she and her husband had both had in recent years. Oy.
I am certainly more guarded these days, but I believe that might be called “Wisdom”. I also am learning to trust God, even when his people fail. I fail, and God trusts me to continue to carry his Spirit in spite of my own failures – and because of his bottomless love and mercy.
I also believe that the people I learn from are often not the ones wielding power in a church professing their desire to ‘equip me for ministry’, but the ones who probably aren’t on the church org chart who have the time and openness to sit at a table across from me and share their lives. Our society provides us all with regular tutorials about the relationship of power to sexual appetite – Arnold Schwartzenegger and Anthony Weiner, most recently. Truth 101 here: Power in any sphere can be simultaneously a narcotic and an aphrodisiac, and yes, that combo, applied to the unhealed wounds of a church leader can out a dormant hidden self that will take down others to preserve its secrets.
The note of shock in my friend’s voice sounded a lot like “That could never happen here”. That tone of pride was more alarming to me than her answer. Paul, writing to a congregation where sexual sin was center stage, coached them with these words of warning: “So, if you think you are standing firm, be careful that you don’t fall!” (1 Cor. 10:12)
My prayer for my friend is that she and her husband will indeed be careful – especially if they find themselves being escorted toward an electric fence.
Have you ever been in a church impacted by the sexual sin of a leader? How did it affect you?
Sharing is caring!

4 thoughts on “The electric fence”