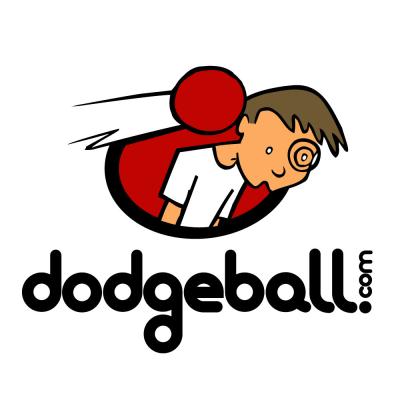 I’m 49 years old, far too old for Dodgeball.
Right?
Today I was sitting in a meeting at work, and some of the other staffers were discussing some end-of-semester student activities. One of these events was a Dodgeball tournament with the proceeds going to a ministry in Africa. The person making the announcement said, “I’d like to see Student Affairs staffers put together a team and participate.” Then he looked around the room to see who might want to join the effort.
I could not believe what I was hearing. It was like some sort of bad dream. You know…like the one where its finals week and you haven’t been to the class all semester. You wake up, drenched with sweat, running your wrinkled fingers through your graying hair, and realize its a piece of unfinished business from your past, come back to haunt your sleep.
Well, I purged my Dodgeball bad dream by writing about it.
And then today, Dodgeball (known as Bombardment in my elementary school P.E. class) came roaring back into my consciousness. Even if the guy putting together the team was eyeing the twenty- and thirty-something staffers, it was just a little unnerving and a whole lotta ironic to be invited to play that game again in my life.
I hate Dodgeball SO MUCH I wrote about it in my first book. In honor of today’s unwelcome invite, here’s a little bit of that story:
…One thing was certain – Mr. Slovowsky wasn’t much for lesson planning. It seemed like we spent at least 3 or 4 solid months each year in P.E. doing nothing but playing Bombardment. Bombardment, also known as Dodgeball, seemed to define my place in the world.
The Mark Twain Elementary School version of Bombardment wasn’t the formal affair depicted in the scatological 2004 Ben Stiller movie “Dodgeball”. Instead, our low-tech, high-torture version would begin when Mr. Slovowsky would pick his 2 pets to be team captains and let them loose on the rest of us so they could choose their teams. For me, it meant sitting on the dusty gym floor and waiting…and waiting…and waiting until someone was forced to pick me.
Draft accomplished, he’d send each team to one end of the gym and tell us to face the other team, each side lined up like a firing squad. Which, of course, was exactly what we were.
Mr. Slovowsky then proceeded to toss a few hard red rubber playground balls into the middle of the gym and blow his whistle, signaling that the carnage could begin. He’d then settle his middle-aged girth on a rusting metal folding chair and watch dispassionately as the brave kids ran out, grabbed the balls that rolled onto their side of the gym, and then proceeded to throw the balls as hard as they could at the kids who were lined up against the opposite wall. The balls would then be fired back across the room as fast as possible.
If you got hit by one of those red rubber missiles, you had to go and sit on the floor next to Mr. Slovowsky’s folding chair. The idea was that the weak would be quickly picked off, and the strong would survive. It seemed like about once a week, someone had to go to the nurse because they had a bloody nose or a broken wrist from all this physical education. I read not long ago that many school districts have banned this game, for obvious reasons.
But back in Mr. Slovowsky’s day, we were all trapped in that gym. There was no school district trying to protect us from the terrors of Bombardment. There was just Mr. Slovowsky and his chair and his whistle keeping an eye on things.
The odd thing was that I always ended up as one of the last kids standing on the firing line. It wasn’t because of my natural grace and athleticism. It was because I hated pain. I hated the angry red welt that came along with getting whacked with one of those rock-hard playground balls. So I learned to hide behind the kids who cannoned those balls as if their lives depended on it, probably because in some weird way, their lives did.
A lot of kids seemed to thrive on this sort of testosterone-based competition. My aversion to Bombardment ended up making me oddly successful at it. My strategy was to try to tuck myself in a corner. If that didn’t work, I’d run klutzily from one spot along the wall to another, hiding behind the kids who were actually firing those balls at each other. When there were no more kids to hide behind, I ended up getting clobbered. Hard.
Bombardment summed up for me the way the world seemed to work. The strong and wily survive; the klutzy, the homely, the Losers get clobbered and have to sit on the filthy gym floor next to Mr. Slovowsky’s rusty metal chair, watching, watching…
There was one interesting thing about today’s Dodgeball request. At least I wouldn’t get picked last for this team.
But there’s no way I’m participating.
Sharing is caring!