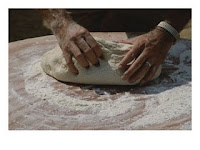 “The candidate who is most positive about our future almost always wins elections.”
Seems so obvious, doesn’t it?
I heard a commentator mention this last night, and it got me thinking. In all the polling and endless analysis, all sorts of other things are measured. Rarely have I heard the media focus on a candidate’s hopefulness as a cardinal virtue. (And talking about “hope” in terms of audacity, slogans or birthplaces doesn’t count here.) A good political leader is the person who can actually see the sun coming over the horizon, just beyond the hill looming mountain-large, and can urge a majority of the populace forward toward the dawn.
The commentators observation got me thinking about the hope I claim to possess: found at the manger, the wedding feast, the cross, the empty tomb, and the upper room. Am I characterized by hope? Are we, the church? It is one of the three virtues (faith, hope and love) which remain and are over all.
Come to think about it, I think “possess” might be the wrong word here.
I’ve been a part of some churches where “hope” was what we said we offered, while the climate of the church was anything but. The people in the church weren’t really buying what they themselves purported to be selling. Though we affirmed that our hope was in Christ, the culture of these congregations was frequently contentious, politicized and fear-driven. There are an awful lot of churches turned on themselves, always re-engineering and retooling from within, while simultaneously convincing themselves they were peddling hope for the hopeless in the religious marketplace. As if hope is a product, like Bud Light or Mac.
But I’ve known a few churches who have the audacity to embody hope. They preach the gospel both as a community and because a bunch of individuals in the church community are revolutionaries. They get that hope isn’t a commodity. It’s more like a virus. I’ve known people who’ve spent out their lives “infecting” the world around them with hope, kingdom carriers of the cure to those who are dying (here and now, and for eternity) without it.
“He told them still another parable: “The kingdom of heaven is like yeast that a woman took and mixed into a large amount of flour until it worked all through the dough.” (Mt. 13:33)
Maybe they spend their lives in prayer and worship, a la Count Zindendorf.
Maybe they dig wells in Africa.
Maybe they are foster parents.
Maybe they write.
Maybe they minister to police or firefighters who need a friend.
Maybe they study. Or sculpt. Or act. Or scrub toilets. Or open their homes.
Not to obtain hope, but because they hope – not wishful thinking, but true confidence in Jesus – and simply can’t help but be carriers of the kingdom in all they do.
Sharing is caring!

2 thoughts on “The audacity of hope”