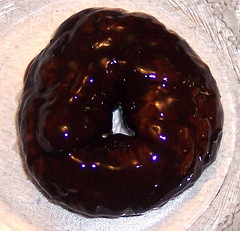 My recent motto: It is possible to do something humiliating EVERY SINGLE DAY

So far today, I’ve managed to keep the red blush from crawling up my neck. It’s only 3:17 p.m. The day is young.

Yesterday, it only took me an hour to experience the day’s humiliation. The first human being I spoke to was the tinny voice coming out of the Dunkin’ Donuts speaker, asking to take my order.

“A medium coffee, two sugars, and a chocolate covered bagel,” I replied.

“Did you say chocolate covered BAGEL?” she queried again.

That was it. She couldn’t hear me. I looked toward the pick-up window and nodded slightly, to show her I understood, then yelled, “BAGEL!”

There was a long pause. Obviously, we weren’t communicating very well at all. She was staring at me, trying to turn on the darkened lightbulb over my head with her eyes.

At last…ignition: “Oh,” I said sheepishly. “I meant doughnut.”

I heard Steve Carrell walked off The Office set in support of the striking writers. Give yourself a gift today. Take 3 minutes and re-watch Dwight Schrute giving his Dunder-Mifflin Paper Salesman Of The Year speech, Mussolini-style:

Then, go order yourself a nice chocolate covered bagel. Loudly.