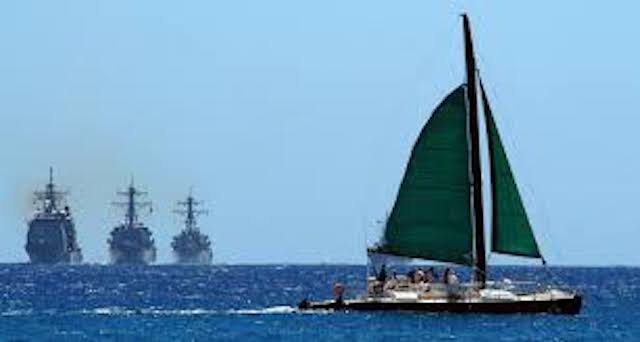 I’ve had a faith shift.

I hope you have, too.

Our theme this month at The Perennial blog has been “Faith Shift”. While the words may conjure images of abandoning the faith of your youth at midlife to some readers, it is just as likely that if you’re growing spiritually and emotionally, you’ve moved beyond some of the beliefs and practices of your youth. Growth is a faith shift, too.

Faith shifts may involve the discarding of some earlier beliefs. At one time, I trusted without reservation that my spiritual leaders always had my best interests in mind. While this should be the case, my belief collided with my experience. Some of those tasked with shepherding me were wolves in sheep’s clothing – and I was vulnerable to these people because of my own unhealed wounds. My unreserved trust of my leaders has been replaced by an understanding that leaders and I are collaborators, rather than boss and peon, which was the default setting on those relationships twenty-five years ago in my life. I am not discarding the notion of authority, as it is a given pattern in Scripture. However, I am now learning to relate to leaders from the wisdom borne from the scars of experience and from a healthier relationship with God and myself.

It is helpful at midlife to review your discipleship journey. Where have you been? Why have you been there? As you are in the midst of the often-disorienting midlife transition, it can be a helpful exercise to reflect on the growth shifts you’ve already experienced. It is a way to honor God for the way he’s worked in your life, and help align you with where he’s leading you. I’ve found books like Hagberg and Guelich’s The Critical Journey to be a help in naming some of the ways in which God has been at work in my life moving me toward maturity. (Here’s a link to a chart that summarizes the work of Hagberg and Guelich.)

Then we will no longer be infants, tossed back and forth by the waves, and blown here and there by every wind of teaching and by the cunning and craftiness of people in their deceitful scheming. Instead, speaking the truth in love, we will grow to become in every respect the mature body of him who is the head, that is, Christ. (Ephesians 4:14-15)

I’ve reflected on some of the ways in which God has been at work in my life, both personally and in helping me to find my place in the body of Christ.

During my childhood, I grew up in a secular Jewish family. My family observed big Jewish holidays, and I had some religious education. I used to read my book of Bible stories and pray. By the time I hit middle school, I’d decided God was for little kids and old people, and since I was neither, I abandoned my childhood faith.

At 15, I came to faith in Jesus. I had my first faith shift here – not in terms of “conversion”, because I don’t believe a Jewish person who follows Jesus the Jewish Messiah converts to anything, but in terms of moving from disbelief to active, engaged, “first love” belief. As I moved into young adulthood, I’d experimented with attending Bible studies at fundamentalist congregations, Charismatic prayer meetings, concerts held by Evangelical organizations, and more. I ended up settling on a fundamentalist Plymouth Brethren congregation though I had questions about some of the teaching I was hearing at the church in the area of Dispensational theology.

After the congregation split, my brand-new husband and I began attending Messianic Jewish congregations as we moved from apartment to apartment as our young family grew. These congregations helped me reconcile my Jewish identity with my young faith.

Faith shift #3 – looking for church to match what I read in the Bible:

My husband and I moved our young family too far away to continue attending the Messianic congregations, and found our way to a series of Charismatic churches over the next few years. My desire was for a full expression of the kind of faith I read about in the Bible; specifically, in the book of Acts. Eventually, we burned out on the excesses and leadership abuses, and were a part of a small, family-discipleship congregation full of home schoolers for a season. After that church imploded, we found our way back to a Charismatic congregation that at first seemed healthier, but had its own abusive leadership culture.

The early writings from what would eventually be known as the Emergent movement gave voice to some of the grief and confusion I felt about what I’d witnessed in the Evangelical world. I was grateful for the questions they asked and the experiences they shared, but grew wary of some of the deconstruction of core orthodox belief I saw among their thought leaders. I recognized that some of the disorientation I felt was due to my own entry into midlife as I faced the loss of a parent, a relocation, an emptying nest, becoming a grandparent, and so much more. Who was I? And what did I really believe about God?

I’m here now. I’m learning to welcome and embrace all that has come before in my life. I’ve been sustained for more than four decades by a living relationship with the Triune God through Jesus the Messiah. He loved me as a child, and loves me as a 57 year-old woman. The deconstruction of midlife has revealed that some part of the structure I’d been building with my life was sound, and other parts needed a demo crew. Jesus has been a sure foundation, even in the midst of several years of earthquakes God used to do the demo. What is being built now is simpler and purer, I hope. I’m discovering that mature faith looks suspiciously like childlike faith.

What about you? How has your faith shifted through the years?