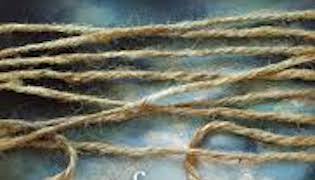 My husband and I once had a pastor whose wife had never signed on with her husband’s calling. She married a businessman, not a downwardly-mobile spiritual entrepreneur who had meetings 4 nights a week and dealt with congregational crisis what seemed like 8 nights a week while she was left to function as a single parent to their three young kids. She stood by his side gamely, but his calling took a toll on her during the years we knew her. When I think of her face during those years, it is of a pasted-on smile and gritted teeth.

They eventually left the pastorate. Though we’ve lost touch through relocation and time, through the miracle (!) that is Facebook, occasionally, I see pictures of her laughing and relaxed. Even factoring in the reality that we typically put the shiniest, happiest images of ourselves on social media, the difference in her smile shines through her snaps. She’s not gritting her teeth any more.

The story of a family coming in second or fourth or whatever while a spouse pursues ambition as his or her first love isn’t a novel one. It takes on additional bulletproof potency when that kind of ambition is blended with spiritual passion. “God told me…” silences all arguments, and muzzles all questions.

In her book Of Stillness and Storm, author Michele Phoenix tells the fictional story of a headstrong missionary named Sam who uproots his family to follow his call to the ends of the earth to share the love of Jesus with mountain tribal people in Nepal. Wife Lauren and son Ryan don’t hear the same call, and Sam uses the “wives, submit” card in order to uproot his family and go. What was once love and respect between Sam and Lauren sours to neglect on Sam’s part and resentment on Lauren’s. Young teen Ryan grows increasingly depressed as he feels trapped in a place he never wanted to be.

As Lauren reconnects with a childhood love via social media, she gives voice to the unhappiness that has long simmered just below the surface of her dogged submission. The book is a slow journey toward her awakening as she begins to recognize her own role in this dysfunctional-in-God’s-name marital and family dynamic.

This was a worthwhile read that will offer readers insight into how ambition can warp the beauty of a life surrendered to God. I didn’t entirely track with the story arc of Lauren’s childhood love, as it felt a little hurried and not entirely authentic in spots. However, the relationship between Sam, Lauren, and Ryan was a frank and heartbreaking portrayal of a family sacrificed on the altar of ministry ambition. Phoenix writes well, and this story will be all too familiar to anyone who has spent time in “full-time Christian ministry”. Recommended.

Note: I received a comp copy of the book from the publisher, but the cost I paid ($0.00) did not affect my review.