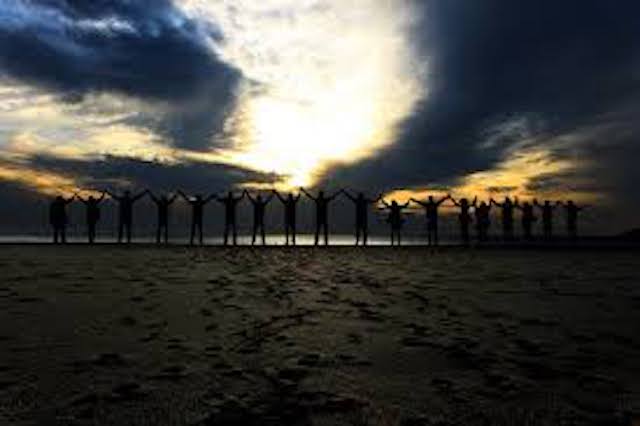 A few days ago, I wrote about the relative silence by Evangelical leaders in regards to the uptick in anti-Semitism we’re seeing in this country. I have been appreciative of the expressions of concern and support by Gentile believing friends, but discouraged by the lack of attention this problem has been given by Evangelical church leaders. Martin Niemöller’s well-known words are a prophetic warning for all of us when it comes to acting on behalf of the marginalized and persecuted.

First they came for the Socialists, and I did not speak out—because I was not a Socialist.

Then they came for the Jews, and I did not speak out—because I was not a Jew.

Then they came for me—and there was no one left to speak for me.

In responding to my post, a local friend this week asked what she could do. I offered a few suggestions in a comments thread. I am expanding on them here for those who are trying to figure out what they might do right where they are.

(1) Please pray for the Jewish people. God’s command to pray for the peace of Jerusalem has to do with a place and a people.

(2) If you live in or near a community with a population of Jewish people, call the local Jewish Community Center and find out how you might support them in a practical way. Most have had to pay for extra security, for example. Even a small donation toward those expenses might be a tangible expression of good will.

(3) Urge your local church leader(s) to reach out to rabbis in your community to express concern, support and solidarity. The sooner, the better. Though a note or call once is nice, building an ongoing relationship is a much better goal.

(4) If you live in an area with few Jews, know that the small Jewish population scattered among you may feel especially vulnerable. A synagogue in Evansville, Indiana had a bullet fired through one of its windows last week. I read that this is the only synagogue for at least 2 hours in any direction. If you live in a small town or a suburb distant from a metro area, there may be few Jews nearby, and they may not be especially observant. Also be aware that not all will have an affiliation with a a synagogue. However, in the current environment, ut most may be feeling some measure of new concern about their safety. The Golden Rule applies here, as it does in every circumstance.

(5) If you live in an area with a state Holocaust museum, you may find it of value to attend a lecture or become a member of the museum. And it is worth paying a visit to a Holocaust museum as well – perhaps with a group from your church. My Bible study group spent a morning at the Illinois Holocaust Museum two years ago, and it was a very meaningful time for all of us.

(6) Get informed. Social media can be a cesspool of unhinged ranting and super-sized trollery, or it can be a helpful tool you can use for information. If you’re looking for information about what is happening in the Jewish community in this country and in Israel, these organizations and media outlets are a good place to start. Obvious disclaimer: You probably won’t agree with the politics of this or that particular source listed below.  In addition, you may have suggestions for other sources. Please add them in the comments section below.

And if you’re interested in receiving an English-language digest of news stories of interest to Christians culled from Israeli Hebrew-language newspapers, click here to check out the Caspari Center for Biblical and Jewish Studies’ Media Review.