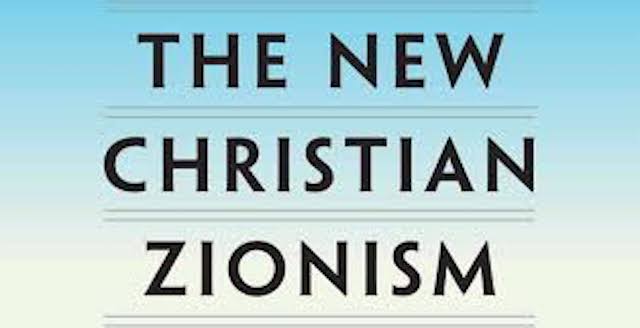 For decades, it seemed that there were only two basic options in the Church when it came to discussions of Israel. The first, dispensationalism, objectifies the idea of Israel both now and in the future, and requires elaborate charts and the entire fictional Left Behind canon to unpack. The second, supercessionism, says that the Church has replaced Israel. The first two-thirds of the Bible, the Old Testament, becomes nothing more than a long preamble to the “real” salvation story, and the promises God gave to the Chosen People now belong to Christians. Supercessionism spiritualizes the promises regarding the land of Israel. New Perspective theologians like NT Wright express a softened version of supercessionism when it comes to the land promises.

As a Messianic Jew, I don’t see questions about Israel as the stuff of arcane theological debate or movies starring Nicholas Cage. Both dispensationalism and supercessionism have consequences to me both in the Church and in the world. Dispensationalism is inextricably linked to unblinking forms of Christian Zionism. Supercessionism is a fertile breeding ground for anti-Semitism and readily (eagerly!) characterizes the modern Israel as an oppressor state. I’ve struggled for years to articulate a thoughtful, balanced line that threads the needle between these two divergent hermeneutical approaches. But I’m just one person.

I found it takes many reasoned and faithful voices to thread that needle well. The New Christian Zionism: Fresh Perspectives on Israel and the Land (InterVarsity Press, 2016) is an excellent example of what this can look like. Editor Gerald McDermott pulled together an impressive group of scholars and practitioners including Joel Willits, Craig Blaising, Mark Kinzer, Shadi Khalloul, and David Rudolph to tackle the question of whether the land promises made to the Chosen People in the Old Testament still apply on this side of the resurrection. McDermott defines New Christian Zionism:

…the people and land of Israel are central to the story of the Bible. This might seem obvious. But Israel has not been central to the church’s traditional way of telling the story of salvation. Typically the story has moved from creation and fall to Christ’s death and resurrection, with Israel as an illustration of false paths. We believe that the Bible claims that God saves the world through Israel and the perfect Israelite; thus the Bible is incoherent and salvation impossible without Israel. We propose that the history of salvation is ongoing; the people of Israel and their land continue to have theological significance…

We are also convinced that the return of Jews from all over the world to their land, and their efforts to establish a nation-state after two millennia of being separated from controlling the land, is part of the fulfillment of biblical prophecy. Further, we believe that Jews need and deserve a homeland in Israel – not to displace others but to accept and develop what the family of nations – the United Nations – ratified in 1948. We would add that this starting event climaxed a history of continual Jewish presence in the land going back at least three thousand years.

The book opens with chapters addressing the history of dispensationalism and supercessionism. The next section takes a look at the land promises as they are presented in the New Testament (Matthew, Luke-Acts, and in Pauline literature). The third section of the book explores the implications of New Christian Zionism in the mainline Church, via modern international law, and in regards to ethical treatment of minority populations within Israel’s borders. The final section of the book explores implications for New Christian Zionism today and into the future.

Daryl Bock notes that Christian Zionism is not “merely a hope for individual Jews”. I would add that this impulse to individualize every corporate promise of Scripture is an especially modernist approach. Bock (and the other authors) contend that Israel has a corporate right to the land:

…national Israel is not the same thing as believing Israel. Yet the existence of believing Israel (whether conceived as only messianic Jews in distinction from Gentile believers in churches or as Jewish believers as part of the larger church) in distinction from national Israel does not mean exclusion of national or corporate Israel from God’s program, or the hope that unbelieving Jews one day will come to faith in God’s Messiah. Unbelieving Israel has a right to the land because God gave it all to the nation and seed of Abraham initially as an act of his grace when he called Abraham to form a nation before the patriarch trusted God. This future for Jewish people can be affirmed alongside the idea that Christ is also the heir of all promises, including promises about rule of the earth.

The New Christian Zionism does not gloss over the hard questions regarding issues related to charges of human rights violations, border security, or the secular values that do not align with the divine mandate for Israel to be a holy people in a holy land, dedicated to representing and communicating God’s glory to the rest of the nations. These practical considerations complement the detailed study of whether the land promises God made to Israel in the Old Testament continue to apply in the New. (Spoiler alert: yes.)

The book has great value no matter where you may find yourself on the theological spectrum, as the essays offer a great sense of balance without emotional hype. It cants toward the densely academic in the section of the book exploring New Testament hermenetucs regarding the land (understandable, since academics are doing the writing!), but on the whole, the book is accessible to an educated layperson as well. The New Christian Zionism has given me new ways to talk about Israel with other believers – Jew and Gentile alike – as well as offering me language that helps me read the headlines coming from the Middle East with confidence in the One who is continuing to write his story in Israel.

(This post originally appeared on the Jesus Creed blog)