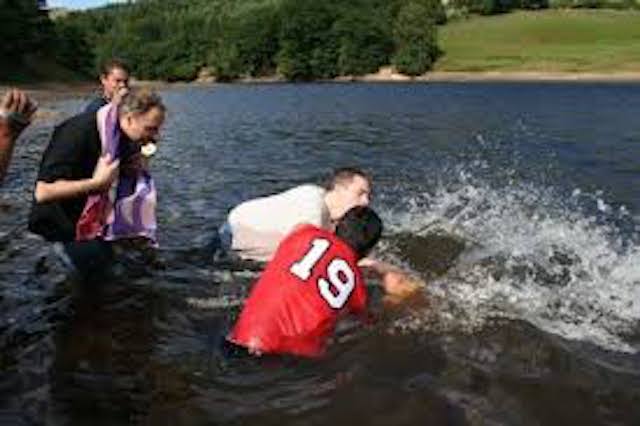 Is instruction in order to prepare for baptism a requirement in your church? If so, who is the focus on that process?

If I’d been required to take a series of prep classes or undergo a formal catechism, I wouldn’t have been able to undergo baptism until I was an adult. I became a follower of Jesus as a teen, and my Jewish parents forbade me to attend church as long as I lived under their roof.

However, I was presented with an opportunity to undergo baptism by immersion just months after I first came to faith. I was visiting a friend who was a college student living in another city. The pastor of the campus ministry with which my friend was involved put together an impromptu Sunday afternoon baptism service at a local church for students involved in the organization’s weekly Bible study.

As I watched one student after another give testimony to Jesus, I could barely stay in my seat. Jesus had changed my life, too. When the pastor asked if there was anyone else present who wished to be baptized, I stepped forward. As he didn’t know me, the pastor took me aside to do a quick Q and A to ascertain whether I understood what baptism meant. I had been transformed by the resurrected Messiah, and wanted to publicly demonstrate my commitment to him by obedience to his command to repent, believe and be baptized. I had decided, in the words of the old gospel song, to follow Jesus. There was no turning back.

Decades later, I served at a church that practiced adult baptism by immersion. There was spirited debate among staff members about whether it was wise to “baptize on the spot”, as I had been, versus requiring those seeking baptism to first undergo some rudimentary instruction in the form of a class or two about what the Bible had to say about the sacrament.

I thought of the account of Philip and the Ethiopian eunuch in Acts 8:26-40. The Ethiopian was immersed in study of the book of Isaiah, and invited Philip to explain it to him as the pair rode from Jerusalem to Gaza. As Philip preached Jesus to him as the fulfillment of those ancient prophecies, the eunuch saw a body of water, and asked to be baptized on the spot (8:36-38). The passage described instruction leading up to the man’s confession of faith, but also highlighted the unplanned, on-the-spot baptism that flowed organically out of the conversation between the two men. I appreciated the importance of instruction, but remembered with gratitude the pastor who was willing to baptize me with no prior preparation. In the end, the church leaders decided it wise to encourage people seeking baptism to sign up for a class, but also left space during baptismal services to invite anyone feeling moved to be baptized right then and there.

My study of early church history confronted some of my low-church notions about the importance of preparation for baptism. I discovered that Lent (which begins this year on March 1) had its roots in baptism instruction for new converts. Baptisms on Pasch/Easter Sunday were an essential expression of the Church’s celebration of the resurrection. The preparatory period of fasting, prayer, and instruction for converts leading up to their public confession of faith through baptism included the entire Church walking the baptism prep journey together. Believers took seriously their responsibility in coming alongside new converts in prayer, fasting, and instruction in order to enfold them in the community.

I was struck by the notion that baptism was not viewed by early Christians as an individual expression of faith, done in the presence of others who basically functioned as a studio audience. It was, instead, something in which the entire community participated. Frankly, this communal aspect of baptism hasn’t been emphasized in my experience in the low-church traditions where I’ve spent most of my Christian life. Lent got me thinking about the way we baptize believers, and what our responsibilities are as we welcome new members into the body of Messiah.

So I’d appreciate your thoughts as I ponder, Jesus Creed community. I’m not looking for a debate about infant baptism here. I am looking for input from those of you who practice “believer’s” (or adult) baptism in your congregation: