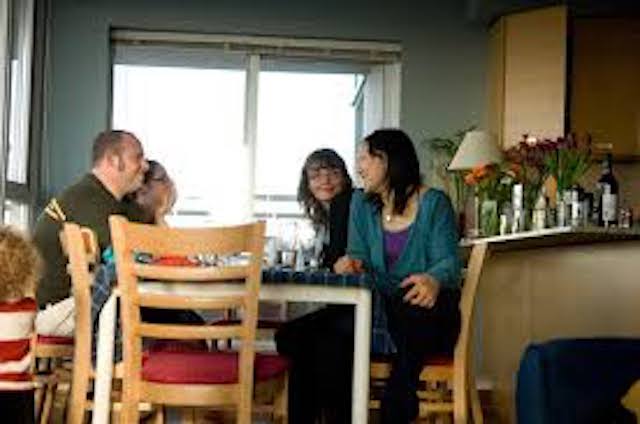 Readers familiar to this blog will recognize the words of the Jesus Creed. The last few months have stretched my understanding of the challenge and necessity of living these words. Not that I ever thought they were easy words. They’re dying to myself difficult. But they’re very oxygen of the kingdom of God.

No matter where we fall on the political spectrum, many believers have experienced fractures in our relationships with family, friends, and fellow church members as a result of the election cycle. Some relationships have been completely severed. Countless others have been frayed. Whether it is from rabid posting of hyper-partisan news stories from click-bait faux news sites on social media or in-real-life shaming (or even questioning the salvation of those who disagree with a particular political point of view), plenty of damage has been done to relationships both between believers and between believers and the watching world. I’ve been on the receiving end, and I have no doubt I’ve probably been an irritant to someone as I’ve expressed an opinion or question.

Evangelicals have focused on a particular kind of political involvement in the last generation. Some – perhaps 81% of white Evangelicals (or possibly a smaller but still sizable number, depending on who is doing the counting) – are reveling, or at least hopeful, regarding President Trump’s victory as an expression of that involvement. Others in our churches are deeply concerned about Trump’s character, shady business dealings, political appointments, and handling of policy. Supporters and resisters both claim the name of Jesus.

Things are not going to get any easier for us in the Church. President Trump is now floating the idea of repealing the Johnson Amendment, which would strike down IRS rules forbidding church leaders to opine from the pulpit about politics without losing their tax-exempt status. This may seem like a wonderfully freeing notion for some church leaders. Instead of speaking in code to congregations about who to vote for, using words like “We need to pray that ‘Our Values’ will be protected…”, with repeal of the rule, pastors will be able to finish that sentence with the words “…so vote for _______.” When a church leader uses his or her authority in this way, it makes it unsafe for every person in the pews. Those who agree with the pastor may take his or her words as a benediction on their correctness. Or they may believe to be a good sheep they must do what their spiritual shepherd says. Those who disagree may be bullied, shamed, or silenced because of their dissent.

So I ask the question I’ve been asking for months. Who will we as the Church be after the election is over? As of this writing, we’re two weeks into answering that question. It seems the divisions among us have taken on new intensity.

Certainly there is ample historical precedent to dividing from one another in order to seek purity and reform. I think of the Desert Fathers and Mothers who fled from a church they saw as compromised by her enmeshment with power. I think of the Reformers. Some of them stayed within the system in hopes of spurring change, and others broke away to hit the reset button in radical ways. I think of the Confessing Church in Germany in the late 1930’s and 1940’s, who refused to toe the Nazi party line. I think of the House Church movement in China, or the little pockets of believers in countries hostile to the Gospel, meeting in secret. I believe there may some believers in the coming years who find themselves drawn into a new wilderness. (Some of you reading these words may already be camping out there.)

I will confess I find it much easier to flee fractious relationships with other believers than it is to fight to stay seated at the same table with people who sound more like enemies than friends. (Specifically, I’ve had a few “Christian” acquaintances express support for white Supremacist agitators, which is particularly worrisome to me as a Jewish person.) Jesus, who counseled his disciples to turn the other cheek and go the second mile on behalf of an enemy, stayed at the table with Judas until Judas left him.

That said, to live the Jesus Creed may mean getting up from a table that is serving a banquet of poison because that’s no table at all. But I’m finding I must have the chutzpah to stay in my seat with some believers in my world a little longer than I might wish. I’m still trying to discern how to do this well, and the whole enterprise feels fraught with landmines. Yet I can’t shake the conviction that stepping forward may be what loving God and my unlovable neighbor looks like right now.

What do you think? How are you navigating fractious relationships with other believers in your family, church, or online? When is it time to step away from the table, or choose not to pursue someone else who has done so? What helps you stay at the table when it would be easier to leave?