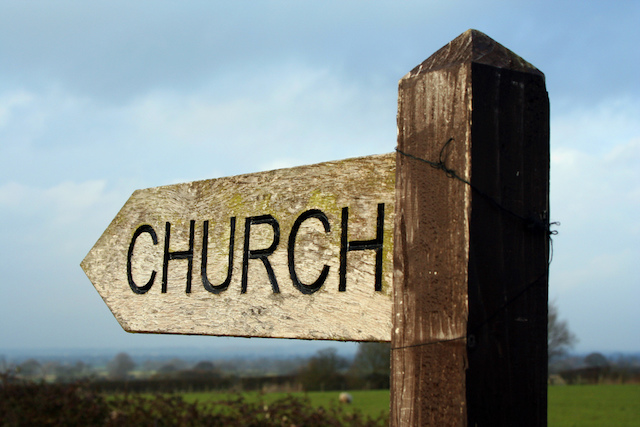 I’ve been blogging for more than a decade, and I’ve written often about spiritual abuse by church leaders – sharing both my own experience and referencing the struggles of others. I’m just one voice in a large crowd: there are numerous blogs, books, and worthwhile organizations telling the stories of spiritual and/or clergy sexual abuse survivors. The internet has been a tool for good in this struggle as it has facilitated connection between survivors. In a few high profile cases, the networking of survivors has been instrumental in bringing to light what has happened in the darkness.

Understandably, many who’ve experienced abuse from a church leader never return to a church. In the wake of my own traumatizing experience, I remember repeating my own version of Peter’s words from John 6:68 (“Lord, where else can I go? You have the words of eternal life.”) even as my husband and I tried to figure out how our family could ever be a part of a congregation again after all that had happened at our previous church. I still loved Jesus even though I was hurting, but it seemed at the time his big “C” Church didn’t love me back.

In the wake of the trauma, it was easier not to attend church. We relied on our Christian friends to provide us fellowship. We even attempted home churching with two other families for nearly a year. But as time went on, we realized we missed the structure and relative diversity of congregational life. It was a milepost on our continuing journey toward healing that we found we could hope most churches were not teeming with gross dysfunction or being run by adulterous leaders – and then act on that hope.

The road back to church was a two-steps-forward-one-step-back process. One telling moment came as we were moving toward making a commitment to a new congregation when an elder tasked with plugging people into the ministry of the church sensed some reticence on my part.

He said, “It sounds like you have a lot of trust issues.”

There are a few different ways in which these words can be expressed: with empathy, with concern, with motive-judging suspicion. In the case of this elder, he was functioning as a commission-only salesperson, trying to overcome possible objections in order to close the sale. His hard sell was a well-meaning but misguided attempt to enfold us in the life of the congregation.

I simply wasn’t that quick on the draw. Instead, I stammered through a muddy statement explaining that we’d experienced some painful things in our previous unhealthy church, and we were trying to ease into congregational life. We’d been attending the church for several months, and he naturally assumed we were ready to take the next step into ministry involvement.

For what it’s worth, I still have trust issues. At this point of my life, I recognize that the caution I carry has little to do with fear of a church leader wounding me again and everything to do with the wisdom birthed from a deeply painful and faith-forming experience.

While it wasn’t helpful to have a church leader I didn’t know (and who didn’t know me) challenge me regarding my damaged trust, there were things many other leaders and fellow congregants said and did that assisted in my rehab process:

While these things can make a difference for all newcomers to a church, they were essential parts of what helped us find our way back to congregational life.

If you’re an abuse survivor who has stayed in or returned to the church, what other attitudes or practices would you add to my list above?