Who doesn’t love the arc of Joseph’s story, found in Genesis 37-50, moving from unjust treatment to a final thrilling declaration that God had worked every bit of evil aimed at him for good. Joseph’s brutal exile from his home and family had turned him into a pilgrim.

On that way to that final thrilling declaration is another story that most of us zip past. It is the story of what happened after the entire family was reunited in Egypt.

Listen to Jacob’s Ecclesiastes-like words when he was introduced to Joseph’s “boss”:

Then Joseph brought his father Jacob in and presented him before Pharaoh. After Jacob blessed Pharaoh, Pharaoh asked him, “How old are you?”

And Jacob said to Pharaoh, “The years of my pilgrimage are a hundred and thirty. My years have been few and difficult, and they do not equal the years of the pilgrimage of my fathers.” Then Jacob blessed Pharaoh and went out from his presence.

The word here for pilgrimage comes from the root “lodging”, and is used to mean sojourn, dwelling or lifetime. Though it sounds like Jacob was speaking of his lifespan here, what he did in the time following this conversation demonstrates his identity as a pilgrim in a very profound way.

Jacob was coming to the end of his life, and he knew it. Though the family settled into their new life in Egypt under Joseph’s provision and protection for a number of years, the place was never meant to be his family’s home.

When the time drew near for Israel to die, he called for his son Joseph and said to him, “If I have found favor in your eyes, put your hand under my thigh and promise that you will show me kindness and faithfulness. Do not bury me in Egypt, but when I rest with my fathers, carry me out of Egypt and bury me where they are buried.” 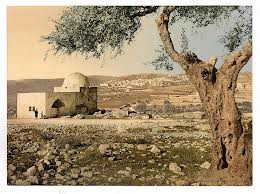 He did the work that dying people are invited to do by releasing his family into God’s care by blessing his children and Joseph’s two sons, who received the gift of Joseph’s blessing. But he asked Joseph, who probably hadn’t been in Canaan since he was sold into slavery at 17, to take his dead body back home. In these verses, it is significant that Jacob makes the request, and we see the name God gave him used in the text as he worshipped in response to his son’s sworn ‘yes’ to his request.*

Did Jacob/Israel’s request serve to implant a homing device into the entire family? After Jacob’s death, that homing device would sound in their DNA for 430 more years while his descendants lived and worked in Egypt. It beeped as they eventually lost their protected status and became slaves. And it would continue to call them homeward until Jacob’s descendants recognized its sound and cried out in harmony with it.

For me as a Jewish believer, the sudden rush of tears as the plane landed on the runway at Ben Gurion airport in Tel Aviv on our first trip to Israel a few years ago opened my ears to the sound of that beep, and I’ve not been able to silence it since. It’s been beeping all along, I realized, but I’d finally allowed myself to hear it.

What about you? Have you ever had a sense that your soul’s GPS was pinging as you’ve walked through a time of loss? Or found yourself overwhelmed with longing for a place you’ve never been, knowing that it was meant to be home?

*There’s a whole interesting study in the use of Jacob/Israel’s name usage through Scripture, which one used where and why, but that is a super-highway-sized bunny trail here. 🙂