This is where I’m coming from regarding the first act of Joseph’s story: my sympathies lie with Joseph’s brothers, these ten second-runner-up characters in the family popularity contest that had been won by their youngest brother, Joseph. I can not condone their drastic solution to their Joseph problem, but I can understand why the ten of them were fed up with the overdressed and obvious apple of their father’s eye. To the rest of them, Joseph was a tattler and a tactless raconteur of his narcissistic dreams. There was no small irony in the fact that their father, Jacob, who’d been his own father’s second-favorite son, rewarded his spoiled baby-of-the-family son Joseph for his arrogance. 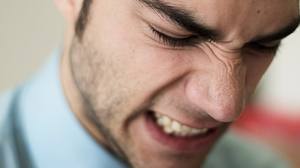 My sympathies are with the ten all the way up to the part in the story where they all agreed that fratricide was the only way to solve the Joseph problem and force reapportionment of their father’s lopsided love:

But they saw him in the distance, and before he reached them, they plotted to kill him.

“Here comes that dreamer!” they said to each other. “Come now, let’s kill him and throw him into one of these cisterns and say that a ferocious animal devoured him. Then we’ll see what comes of his dreams.” – Gen. 37:18-20

They’d been pushed into their own exile years earlier, maybe the first time they noticed that their dad seemed to prefer baby Joseph to the rest of them. This place of emotional exile was a perfect launch pad for a murderous plan. Though oldest brother Reuben had a moment of compassion and hoped to rescue the bragger on the Q.T. at a later time, his half-baked plan stayed half-baked.

Murder turned to slave-trading as the other nine sold their youngest brother to some of Ishmael’s nomad children. They in turn brought the 17 year-old to Egypt and sold him into slavery. The ten concocted a CSI-worthy cover story to explain Joseph’s disappearance, but didn’t count on the fact that losing their brother would cost them their father, too.

Then Jacob tore his clothes, put on sackcloth and mourned for his son many days. All his sons and daughters came to comfort him, but he refused to be comforted. “No,” he said, “I will continue to mourn until I join my son in the grave.” So his father wept for him. – Gen. 27:34-35

A few years ago, I was pushed and manipulated out of a ministry position by a couple of people who had felt it their duty to put me in my place. Though I wasn’t walking around in a coat of many colors sharing prophetic dreams that sounded like bragging, I had visibility and influence that irritated the snot out of this pair. They wanted what they thought I had. Had I recognized that jealousy was cause of their gamesmanship, I might have responded differently to it.

Something tells me that Joseph didn’t understand that his brothers had been living in exile from him by their envy of him until about the time he became fluent in Egyptian. Clueless Joseph lived in the same house with a bunch of people who’d become so emotionally distant from him that selling him like he was a piece of livestock seemed reasonable to them.

Despite the sin here – and there was plenty to go around! – God was still at work in the mess of this situation. Years would pass, but it took that much time for everyone in this dysfunctional and entirely Biblical family to come to the end of themselves, which would become the end of their exile from one another, too. (Stay tuned for part two of the story!)

Have you ever been the object of someone else’s jealousy? Did you recognize it at the time? What is the status of that relationship today?