There are many worthy organizations working to end human trafficking and sex slavery. These efforts refract the love of Jesus into dark, difficult  places and carry out his ministry of setting captives free.

The thing is, those who sell their bodies for money or drugs are not the only captives here. Their customers – the johns – are captives, too. 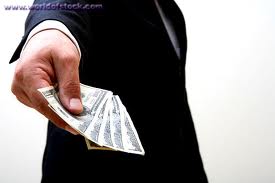 Anna Broadway, a fellow contributor to Christianity Today’s Her.meneutics blog, launched a prayer initiative last year called Pray For The Johns Day focused on seeking freedom for these captives. These men and women need freedom and healing as much as the men and women they pay for sex. This year, Pray For The Johns Day is Sunday, February 3. It’s intentionally scheduled for Super Bowl Sunday as prostitution is especially big business on days and at events like this.

As Anna notes on the website www.prayforthejohns.org, this is simply a day to “pray for the johns (but also pimps and those who struggle with pornography or otherwise participate in the sexual exploitation of women and men) on Sunday, Feb. 3 — before, during or after the game. And encourage your church to pray for the johns during corporate worship.”

Please visit the Pray For The Johns website, which includes the story behind this day of prayer, how and why you’ll want to consider participating, and additional resources, including a couple of prayer guides.

I asked Anna a few questions about how she’s seen God work to nurture prayer in her and others for the other slaves of the sex trade – his broken, beloved sons and daughters.

Q. So much attention is focused on the plight of voluntary sex workers and involuntary slaves. What was your personal ah-ha! moment when it came to the brokenness of their customers? The Pray For The Johns site gives an overview of the story, but can you add any additional detail about when the issue came into focus for you?

A. I wouldn’t say there’s been one moment; it’s been more like a series of realizations. One of the most vivid came several years ago, after I’d interviewed the spouse of a sex offender. What he’d done was pretty ugly, and there was nothing in her story to evoke sympathy for him, yet someone day I found myself wondering what he’d do upon his release. What did he have ahead of him? Was he doomed to live out the rest of his days — which could span a few decades — in unending misery and loneliness? Was there no reason left for him to live, except to possibly earn some income that could help support his estranged family? Was that all that God could see fit to allot him? Then suddenly I got this picture that, no, that wasn’t all at all. God doesn’t give up even on people like that. It was one of those moments where the grandeur and scope of the gospel breaks through all the familiarity of a lifetime in the church and just stuns you. Of course, transformations like that aren’t easy and don’t happen quickly — and often they may not be completed here on earth.

Another realization happened one night while I was praying, when I found myself wondering what genuine praise could I give God? What do I sincerely admire about Him – not just in the sense of the examples we see in the Bible and its linguistic models, but what would I say to a friend or someone about my favorite quality of His? And I realized it’s His redemption. I love how He can come into the most broken, debauched life and say, “We’re not done here. I haven’t given up on you. I still have things for you to do, and, in fact, you still have a chance to do good and bless others.”

Then in late 2011, during another time of prayer, I asked God how I could pray for men, and the idea for this day just came to me.

Q. Have you gotten any feedback from those who prayed last year about how prayer has affected their view of johns? Any cool God stories to share?

A. No dramatic stories so far, but the response I’ve gotten from some men has been really neat. More than one has told me he was really moved by the idea of the day. Of course, I’m hopeful that as time goes on, some neat stories will come out. But I can also think of many missionaries I’ve heard about, who labored for years without ever seeing tangible fruit. Sometimes it was only after their death that things really came to fruition. So, as much as I might like to hear some neat stories, I’m trying to focus on obedience and to make sure that, at a minimum, I do what it seems God has called me to do. The rest is up to Him.

Q. How has this initiative been received by churches and individuals?

A. Generally it’s been very positive. I think there’s an element of grace in the idea that resonates with a lot of people.

Q. How has your involvement in Pray For The Johns changed you?

A. In a very practical sense, it got me into a much more consistent and regular writing rhythm last year, but it’s also been part of an ongoing lesson in what it means to walk by faith and take greater spiritual risks. To take a recent and probably flawed example, I was supposed to drive 300 miles to my parents’ house two days before Christmas, but I couldn’t get my car to start that morning. Because this happened on a Sunday, the soonest I could try to get it repaired was the morning of Christmas Eve, though finding an open mechanic was really uncertain. That left me with most of Sunday to spend how I wanted, so I decided to work on three pairs of pajama pants I planned to give as Christmas gifts, but hadn’t finished yet. Did I know for sure that I’d have a chance to deliver them on Christmas day? No. But in a small way, sewing those pants entailed a kind of faith that things would work out. And as it happened, I did find a mechanic and made it down there Christmas Eve. So, in other matters, too, Pray for the Johns Day has encouraged me to proceed as if God’s going to move and provide.

To read more about Pray For The Johns Day: