I’ve heard it from a number of my age peers. And the number of classic rock radio stations in the U.S. bears it out.

Boomers love the music of their youth.

Of course, there’s nothing new about nostalgia. (Pun intended.) I remember my parents grooving on 1950’s and pre-Beatles 1960’s pop music, and my grandma enjoying Lawrence Welk interpretations of Sinatra and Crosby songs popular during her own salad days. Nostalgia is a filter made of cotton candy that strains out the awkwardness, mess and pain of our youth, leaving us with highly concentrated, overprocessed nuggets of the past. Honestly, I’m not trying to be a Grinch here. Nostalgia can be fun in small doses. I am unsettled by my peers who dine on a steady diet of the stuff. There’s something disquieting about battening down the sonic hatches and insisting that the music of our youth is when music was music, dadgummit, that has always seemed a little stuck to me. 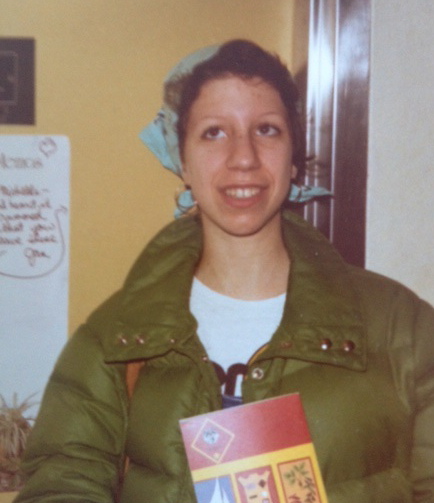 However, in the early 1990’s, after hearing one Beatles song too many, probably the inescapable and depressing “Yesterday”, a song I’ve never liked precisely because I am not not filled with longing for…um… “yes-ter-day-yay-yay-yay”, I swore off a regular diet of the old stuff. I listened to a lot of worship music, some classical (the ultimate oldies playlist) and some pop music. At the time, my husband and I were asking our kids to think critically about what they were listening to, which had the unintended effect of introducing them to the Christian punk and hardcore scene, then the music from which these derivative forms came. My own line of endless questioning of both form and content kept me ping-ponging between genres for years while assiduously avoiding classic rock. A couple of years ago, I added a pop country station to my presets in my ongoing quest to avoid checking in to the classic rock sonic Hotel California.

Yesterday, after a couple of songs in a row featuring tractors, I channel-surfed to an oldies station. I’ve recently noted on Twitter that I realized I have the complete lyrics to `70’s mega-longsongs like “American Pie”, “Free Bird” and “Stairway To Heaven” embedded deep within my brain. If I ever end up in a Dementia/Alzheimer’s Unit, I’m pretty sure I’ll be belting out the part about the bustle in the hedgerow at the top of my lungs, much to the bemusement of my children.

Anyway, I had a moment of nostalgia and compassion yesterday during my channel-surfing on behalf of my fellow Boomers, and for myself. I heard the echoey synth of an arena rock anthem, turned up the volume to 11 and sang along. I sang along to the song following it. I thoroughly enjoyed my trip back in time.

When the second song was over, I punched the preset, where Lee Brice’s “I Drive Your Truck” (thankfully, this beautiful song is not about a tractor) was playing, and came back to the future.

Or at least, the present.

And I know all the words to this song, too.