I am journeying through Scripture chronologically in the coming year, exploring the themes of our identity and experience as exiles. I’ll also offer some helpful thoughts about how Christ can reshape that identity and reorient our journey so we live as pilgrims. To read earlier posts in the series, go to the “Blog Categories” pull-down menu in the right column of this screen and click on “Pilgrim’s Road Trip”.

He must have been startled by the white heat that rose like smoke from his chest. That sensation felt like the hot, crackling smoke that rose from his brother’s offering to The One. Cain had offered God the best of the crop he’d pulled from the soil after months of toil and patience. His brother, Abel, had slit the throat of a beast, and gutted the creature, pulling the sweet, rich fat from the animal’s innards and burning it.

God blessed Abel’s gift. At some point between the expulsion from Eden and this moment, God himself must have told the first family that just as animal skin, not fig leaves, was adequate cover for themselves in the wake of their awakening to sin, so it would take lifeblood spilled to bridge the chasm between human and Creator. Death, a reminder of all they’d lost, mingled with the promise of restored fellowship as flames transformed animal flesh and fat into incense. 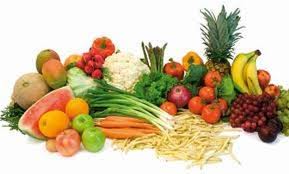 Cain’s offering of fruit, vegetable, grain was a flop in God’s sight. That “no” set Cain’s heart on fire. God smelled that smoke rising from Cain as clearly as he smelled Abel’s gift. Cain’s freelance improvisation on this did not meet with God’s blessing. In that moment, the family’s exile journey took a surprising turn.

Then the Lord said to Cain, “Why are you angry? Why is your face downcast? If you do what is right, will you not be accepted? But if you do not do what is right, sin is crouching at your door; it desires to have you, but you must rule over it.” – Gen. 4:6-7

Cain’s anger and jealousy were not neutral, internal emotions. They had consequences. While Cain wouldn’t kill an animal as an offering to God, his anger led him to murder his younger brother after God had shown him that he had a choice: “Do what’s right, and I’ll accept you. Do things your own way, and you will forfeit your ability to choose.”

This account in Genesis 4:1-16 ends with a second exile. God tells Cain that Abel’s blood is crying out to him from the ground – perhaps the very plot of land farmed by Cain. Cain would be banished from his family (an additional measure of loss for Adam and Eve, who’d already lost Abel), and would become a restless wanderer for the rest of his life. His farming days were over.

Sent into exile by his sin, Cain feared for his life. God marked him with mercy in order to save his life, promising that anyone who tried to kill Cain would be repaid sevenfold for the deed, sealing the promise with this: “Then the Lord put a mark on Cain so that no one who found him would kill him.” (Gen 4:15)

That brand-mark of protection was designed to transform Cain’s exile into pilgrimage. He would never be able to wander beyond the infinite boundaries of God’s mercy, even as he wandered into unfamiliar, lonely territory east of Eden.

Like Cain, I’ve sometimes silenced God’s voice by nourishing my own jealousies and doggedly insisting on doing things my own way. Like Cain, I’ve chosen to offer him what I’ve decided I’d like to give him, which is often not the same as what he’s asked of me.

And like Cain, I am a marked woman. No matter how far I wander, I can not escape God’s protection and care.

Have you ever felt as though your choices have resulted in you being banished from a place, a group of people or a role? Do you find it a comforting notion or a restrictive harness to know you are marked by God?