It was the Battle of the Bulletin Boards (BBB). Specifically, where said bulletin boards would be hung: front and center in the church lobby or tucked along a far wall, toward the back of the building.

Oh yes. the BBB was an epic fight, right up there with battles waged in other congregations over the color of the carpeting in the sanctuary or whether petunias or marigolds should line the walkways this year. 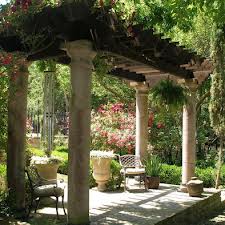 The contenders in the BBB included a small group of women who happened to be HGTV devotees. Armed with a decorating budget, these women hit up the local Hobby Lobby for accessories (plastic ivy and made-in-China “Roman” columns) to distract from the church lobby’s cinder block walls. On the other side, me, a paid staffer tasked by the pastor to ensure visitors had easy access to ministry and event information.

It became apparent within weeks that this was a winner-take-all fight. There was no compromise in the minds of The Decorating Committee. Tri-fold ministry flyers in plastic containers on a slat wall board would mess with their vision for Shabby-Chic-Meets-Faux-Antiquity that would fully express their gifts and talents to congregation and visitors alike. (Who knows? Maybe the visitors wouldn’t need information about the congregation’s missions program, children’s ministry or upcoming small group events after they beheld the wonder of the lobby decor.)  I was completely ambushed by the months of emotionally-charged meetings with these women, fueled by their behind-the-scenes politicking.  The pastor kept telling me to do the job he’d asked me to do. It took me a while – and him a much, much longer while – to realize that these sweet church ladies had adopted some mean girl tactics to ensure they’d win the BBB.

The whole stupid saga was a tutorial in ugly church politics for me. Though the bulletin boards eventually went 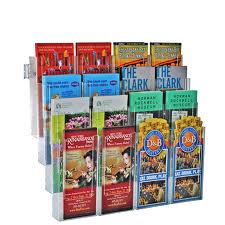 up in the lobby, along with the Decorating crews’ homage to an Italian villa, I learned that shortly after our family left the church in order to move out of state and the pastor resigned, the ladies on the crew managed to have the bulletin boards moved out of the lobby. Victory was theirs at last.

I recently read a piece called “Why Not Rather Be Wronged?” by Joe McKeever. In it, he discusses the life-altering wreckage that follows when church members take each other to court, but the principles in the piece apply to lots of church conflicts. They certainly apply to situations like the BBB. As I’ve pondered McKeever’s words, I’ve wondered what it would have been like to walk away from the conflict. There is a part of me that affirms McKeever’s application of Scripture; a part of me that longs to grow in the kind of grace and humility that lets others have their way about things that have no lasting value.

But there’s another part of me that wonders what it would be like to attend a church where there is no pushback against a bully. Where the squeaky wheel in the form of a person with unchecked character issues or a small group with their own agenda sets the agenda for the rest of a congregation.

Is the latter a more spiritually robust way to be?

What do you think? Is it a sign of spiritual maturity to walk away – or to confront spiritual bullies? Or both?