When you read those red letter words in your Bible, the ones Jesus spoke, what sort of inflection and emotion do you hear speaking those words to you as you “listen” to the red in your head? In your soul? What tone of voice do you imagine Jesus is using in any given situation?

I daresay many of us imagine that his tone is calm, nearly flatline, like an FM broadcaster at 3:00 a.m., whether he is speaking to a single outcast woman at midday, or a herd of angry religious experts. In some sort of weird, ironic mash-up, we add our own North American filter that renders the words as if Richard Gere was reading them to us in his best “calm Buddhist” voice.

I’ve come to believe that our hearing issues flow out of popular visual images we use to depict Jesus: 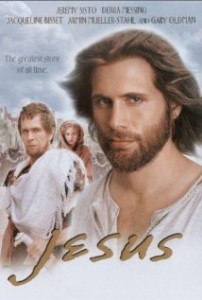 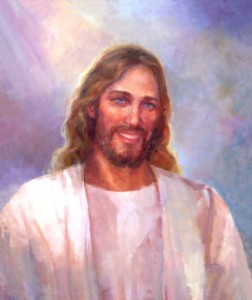 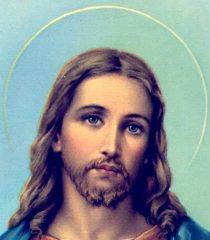 Dr. Best references a recently-released book about this issue that suggests “race has been spiritualized, and human difference has been sanctified to exalt ‘whiteness.’” Best asks his readers to respond to this spiritualization by de-iconizing Jesus: “I would support a return to the iconoclasm of the Puritans where Jesus was ‘physically absent’…A productive way forward would be to consider Jesus, not in our image or anyone’s image, but in a manner of abstractions that personify all that Jesus meant. Let’s ask ourselves, what does love look like? Justice? Mercy? Forgiveness? Let that represent Jesus. Maybe that is the way to a universal Christ beyond ‘color.'”

This “embody love, justice, mercy and forgiveness” idea can be supported by Scripture. We are his body, after all, empowered by his Spirit to do his works and speak his words to the world he loves. But the thrust of Best’s argument cuts Jesus off from who he is in a way that is oddly similar to that eerily calm vocal filter to which we default when we read. 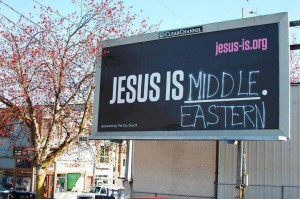 Our culture-bound images of Jesus as a boyishly good-looking dishwater blonde of northern European descent – and even, as Dr. Best noted, the attempts of minority communities to create different ethnic depictions of Christ that reflect their culture – both miss the point. Jesus was an Israeli Jew.

I’ll admit that this portrait is quite jarring. The eyes seem vacant, perhaps because a forensic artist created the image. I don’t like the image at all, but it is worth a look for purposes of contrast to the other images above.**

Even with my Jewish heritage, I’ll admit that I “heard” the voice of Jesus spoken to me as I read those red letters in Scripture in that eerily calm voice, except perhaps a couple of notches louder when he overturned the merchant tables in the Temple. It took a trip to Israel to wipe that Richard Gere narrator out of my head, replacing it with the soundtrack of a culture where people express their thoughts with frankness, passion and far fewer careful filters than we in the West tend to use.

I appreciated some aspects of Dr. Best’s HuffPo piece, because he is asking his readers to question their culture-bound assumptions, in the same way that I am here by asking you to think about the tone of voice your sanctified imagination may use to listen to those words in red when you read.

It is a gift to God – and to ourselves, those selves longing to be in relationship with him – to become comfortable questioning the norms and assumptions passed on to us by our culture. As we do, we grow in our ability to recognize the real Way, Truth and Life.

Have you discovered some way in which your image of Jesus came to you from somewhere else than Scripture – or that the filter you used to read Scripture distorted the voice of God in some way?

*From www.rejesus.co.uk/site/module/faces_of_jesus/P9/: This unfamiliar portrait of Jesus was made specially for a BBC programme broadcast during Easter 2001, called Son of God. The head of Jesus was created by a production team which took into consideration medical, archaeological, geographical and artistic evidence from the time of Jesus.

**The only reason I am using images at all is for the purposes of this conversation. In a devotional setting, they typically lean a little too close to this commandment for my conscience.