“I want to leave my church, but I feel as though I’ve committed to them for life,” my friend K. said to me recently.

She went on to explain that her congregational leaders taught that membership was a covenant between the member and the church. There was no exit clause unless a person moved out of the area. “That isn’t to say that people don’t leave the church anyway. But when they do, everyone acts as though there’s been a bad divorce in the family.” 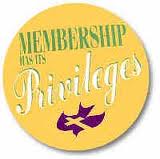 When a church invokes words like covenant in order to define the relationship of members to itself, leavers find themselves schlepping some brand-new baggage with them to their next destination. Before you whip out a harmonica and start singing The Church Shoppers Blues about the lack of commitment of these leavers, I point to a survey describing the career trajectory of pastors. Admittedly, its a few years old now, but the numbers in the survey should give you a sense that pastors don’t always stay in one place until death do them part. Leaders leave their churches, sometimes in response to God’s calling, health or family issues – and sometimes, fleeing for their lives from a runaway case of ugly church politics.

But no matter how many leaders become leavers, there are always many more of us congregants on the move. I recognize that a formal process by which believers have been brought into the family of the church has existed from nearly the very beginning. Since the movement of leavers also known as The Reformation caught on five hundred or so years ago, exiting one’s mother church is usually never pretty. For the sake of the entire body of Christ, I believe this needs to change.

My husband and I have been official members of two different congregations. The first used covenant-type language for membership language. In exchange for our affirmation of the church’s doctrinal positions, our agreement to tithe, our commitment to participate fully in the life of the church (be a regular attender of a small group, pray for – and in fine print, “Don’t question” – the leadership team, serve), we were considered members. I am not sure if I have a block, but I honestly can’t remember what the leaders promised to do for us, if anything. But we loved the church, so we signed, so to speak, on their dotted line. Seven years later, we left the church after being on the blunt end of a regular pattern of spiritual abuse. Though we later learned the leadership’s pattern of abuse served as a very distracting smokescreen camouflaging the pastor’s adultery and porn addiction, all I knew at the time we departed was that we’d just been through a bad, sad breakup. It took a very long time to work through the loss. I believe that the added layer of the vow we’d broken in order to leave the church added another facet of failure to the whole mess, a failure that lingered spiritually in our lives like a swarm of flies around a trash can in the mid-August. Then there was the cursing of us done by the leaders, in the form of gossip. Though the gossip was a mark of their dysfunction, it smeared our bad baggage with excrement, thus attracting more flies.

Nearly a decade later, we took the plunge into membership again. We did so after our earlier experience only because membership was a one-year commitment, renewable annually**, and Bill and I were moving into leadership roles. There was a little more grace in this arrangement, as well as an opportunity to reevaluate our level of involvement. There were some congregants attending this church who, for various reasons, had once been members and had chosen to downshift to non-member status. Non-members couldn’t vote, and they were prohibited from serving in a leadership role, but otherwise, non-members could freely participate in the life of the church. Our relationship with this congregation ended when we relocated.

In my conversation with K., it occurred to me that most churches don’t know what to do with leavers. I’m not talking about the leavers who nail a list of grievances to the front door or the ones who fade away. I’m talking about the ones who may have a sense of calling to a new congregation, or disagree with the teaching or direction of the church and believe it would be best to move on rather than stay and be labeled a Problem.

What would it look like for church leaders to offer prayer or even (*gasp*) a blessing for those who let their church leadership know they’re leaving? I understand these situations can be awkward and weighted with the sense of failure or rejection, perhaps on the part of both parties, but I believe that this act of submission to the Head may be a life-giving act that brings health and healing to a local church as well as the entire body of Christ.

What has your experience been when you’ve left a church after being a member? Have you been cursed or blessed? Church leaders, I know a few of you read this blog – how do you handle leavers?

**My husband and I are not members of the church we’ve attended for nearly 3 years, and have no plans to change that status.