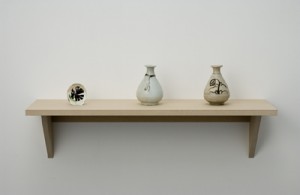 Is she being a whiner? Prematurely seeking a position of power in this new congregation? Could she be grieving her relocation and missing her friends from her former congregation?

Is she in the wrong church?

Leaders end up on the proverbial shelf for lots of reasons including change of location or family/health issues. Burnout causes some to shelve themselves. “I’d lost my joy and purpose in ministry,” a pastor turned small business owner told me. “I was doing my job on autopilot.”

Others end up on the shelf because of vicious congregational politics. Combat over everything from the color of the new carpeting in the sanctuary to core doctrinal issues can destroy relationships and divide churches. As a result, some leaders may discover there’s no longer a place for them in a church restructured by bitter conflict.

A leader can land on the shelf because he or she is seeking to follow God. A young friend of mine had served as a youth leader for several years, but grew convinced that he needed additional ministry training. After much prayer, and lots of affirming words from his mentors, he stepped out in faith and enrolled in seminary. He and his wife put their house on the market and relocated to a new city. Nearly a year later, the house was still for sale, his wife was expecting a child, and he was working full-time in a warehouse just to pay the bills. Finances prevented him from enrolling in his second semester of school. He wondered if he’d heard God wrong…or if he’s been shelved.

Have you ever been shelved?

In my next post, I’ll look at what some of God’s purposes for shelf time might be.

One thought on “Have you ever been shelved?”