Once upon a time, there was a little girl who lived in a village near the forest.  Whenever she went out, the little girl wore a red riding cloak, so everyone in the village called her Little Red Riding Hood. The giraffe (Giraffa camelopardalis) is an African even-toed ungulate mammal, the tallest of all extant land-living animal species, and the largest ruminant.
Let that magical paragraph wash over you for a moment.
What? You don’t understand it? You don’t see the obvious connection between Red Riding Hood and giraffes?
Don’t feel bad. I don’t either.
Without transitions, those ideas clash like the outfits of babushka’d old women often seen waiting at city bus stops. Writers know that transitions are web, glue and story-maker, even if they’re writing a manual on how to operate a microwave. They are essential in helping us make connections between disparate ideas.
Let’s do a little transition-making edit on that Red Riding Hood-Giraffe paragraph. (Warning: This is not great writing. It is just an example, and if you can create a better link between Red and the Giraffe, please leave it in the comments box. It’d be fun to see what you do with it.) Here’s my attempt:

Once upon a time, there was a little girl who lived in a village near the forest.  Whenever she went out, the little girl wore a red riding cloak, so everyone in the village called her Little Red Riding Hood. She’d spent the first part of her childhood living in Africa with her missionary parents, but after they returned to their home town, she adapted to her new life as a cloak-wearing villager. No one would have ever known that she missed Africa every waking moment of her days. After all, she’d had to leave her best friend Genette behind. Genette was a giraffe. For those who have never had the pleasure of having a friend like Genette, a bit of introduction to the species might be in order.  The giraffe (Giraffa camelopardalis) is an African even-toed ungulate mammal, the tallest of all extant land-living animal species, and the largest ruminant.

Like I said, it may not be great writing, but at least it doesn’t leave you scratching your red riding hood in confusion. I serve as an online tutor for a number of home school students, and understanding how to transition between ideas comes easily to some and has to be coached into the writing of others.


Some of the basics of transitioning can be taught, but a lot of them are caught through exposure. Transitions are all around us – from those awkward segue-ways during local newscasts (“Speaking of hot, how about them Cubs?”) to the fades and dissolves in every video, TV show and movie to the way most of us move from topic to topic in unstructured conversation. 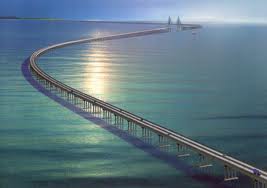 And of course, we see transitions in what we read. When a reader is carried to new places by an author’s words, transitions have created an invisible bridge from here to There.

As a writer, I want to create bridges and carry readers to the places God has carried me. I don’t ever want to leave a reader behind because my bridge is poorly constructed.


There is one group of people who don’t always do much thinking about communication transitions – to their detriment. Next time, I’ll take a look at who these people are and what they can do to carry their audience with them.