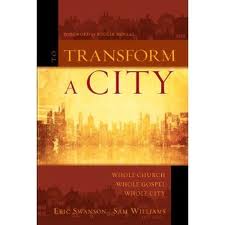 The prayer Jesus prayed at the conclusion of the final Seder he shared with his disciples has been debated, parsed, over-theologized (no, that’s not a real word), misapplied and ignored.
And it has gone largely unanswered. True, some of us have experienced some appetizer-sized moments of brilliant oneness with other believers, but for the most part, the 35,000+ identified denominations, along with the countless other individual independent congregations, house churches and miscellaneous other expressions of body life testify to a watching world about our propensity to separate, not unify. My sadness over our schismatic ways led me to get involved with Catalyst, now known as Christ Together, several years ago. It’s been a delight to see churches who have labored side-by-side like disconnected silos in this county begin to interact with one another in prayer, service and learning. The “big C” Church in Lake County has miles to go in terms of fully responding to the prayer Jesus prayed, but it has been encouraging to watch those first baby steps leading to more steps.
Eric Swanson and Sam Williams have served and/or coached other leaders in “city-reaching” church unity movements around the world, and have penned a practical guide for those interested in the notion entitled Transform A City: Whole Church, Whole Gospel, Whole City. This 218-page hardcover marries the theology behind these movements to lots of real-life examples. It was a fun surprise to discover Catalyst/Christ Together mentioned as an example on page 112 of how a community-wide church relational network is formed and functions.
The book attempts to construct a theological framework for the notions of “city”and “kingdom”, as well as describing how and why regional relationships between church leaders across the spectrum are formed, nurtured and maintained. Swanson and Williams throw out a lot of ideas in the book, and at least a few of them may challenge the theological comfort of some readers. They are not endorsing kum-bay-yah group hug ecunemism by a long shot, but some conservative church leaders may not be willing to participate in some types of service-focused community partnerships the two suggest. Hey, conservative pastors – I urge you not to throw the baby out with the bathwater when you read this book. There is much in here that will help form and challenge your thinking as you try to discern how you can share the good news with your city.
One area of concern for me: I was a bit bothered by the Alpha Male emphasis in the book. Few women leaders were named, and the writers were definitely aiming their woo at the Big Dawg megachurch pastors, with some Plan B suggestions for leaders of smaller churches with a burden to reach their city if no Mega leader wanted to use his influence to nurture a local relational, missional network. I understand the pragmatic realities behind Swanson and Williams’ instruction, but can’t entirely discard upside down images of mustard seeds and yeast as portraits of spiritual transformation that changes everything.
However, the book is a very valuable read for anyone interested in thinking through the nitty-gritty of what it might look like to live an amen to Jesus’ desire for us: “I pray also for those who will believe in me through their message, that all of them may be one, Father, just as you are in me and I am in you” (John 17:20-21).
*I received a review copy of this book from the publisher.
Sharing is caring!