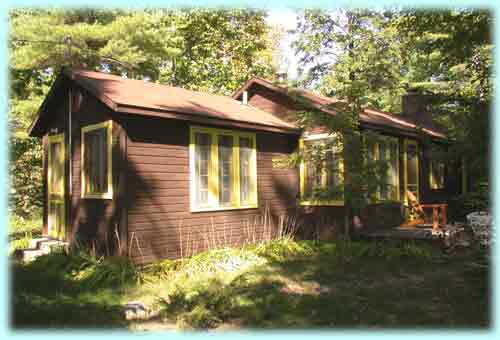 When we first moved to Wisconsin in 1995, we had no idea how deep the pull of “up north” had on the psyche of the entire state. People didn’t have to say the name of a place. They’d just get a misty look in their eyes and say things like “We’re going up north this weekend” or “I’m heading up north to hunt as soon as I’m off of work Friday.” Only happy things apparently seem to everyone who headed “up north”. It had the aura of a giant clubhouse where only those who’d been grandfathered in by culture and relatives (like actual grandfathers) could enter.

We used to joke that if we told people we’d graduated from Hurley High School (“Go Midgets!”) and thrown in some off-hand references to “cabin”, “snowmobile” and “muskie”, our transplantation to Wisconsin’s fiercely provincial soil would have been a non-issue. There is deep reverence across southern Wisconsin for those who come from “up north” to work in the Big City, mostly because the know where the open door back into “up north” life is located. They will use it. They will retire up there.

And they will access it on weekends and during gun deer season until they’re free to return permanently.

As we drove across WI yesterday, I found myself wondering about what people love most about lake-n-tree life, and why “up north” is such a powerful magnet. Feel free to e-mail me at mishvl@yahoo.com if you can pretend to be a tour guide and explain the magic of life in the pines to me.