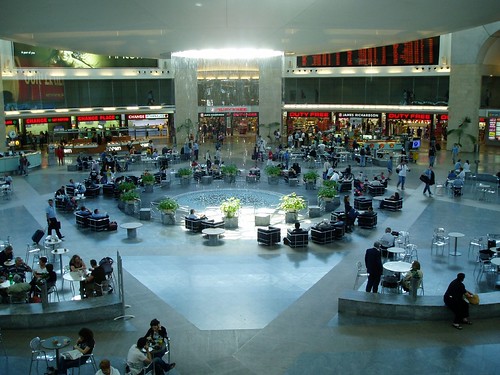 – Did you know you can get corn on your pizza in Israel?

– The day before Israeli Independence Day is a solemn day known as Yom Hazikaron (Israeli Fallen Soldiers and Victims of Terrorism Remembrance Day). At 11:00 AM, the air raid sirens sounded. Everything in the country comes to a halt. Cars stop. People freeze in place on sidewalks and in office buildings. They stand at attention, in silence for two minutes. Remembrance is personal in the country, a present-tense reality instead of the domain of the old gents down at the VFW on the US Memorial Day.

– Looking at the Israeli faces on the streets around Jerusalem, both Arab and Jew alike, and then visiting some of the Catholic and Orthodox shrines erected on the places where Jesus ministered gives me a bit of a disconnect. He and His disciples (and His mama and papa) are depicted in such gentile ways. I’ve always felt it, but this visit to Israel amplified the dissonance. Lots of history and reasons for this – most all of it very sad and shameful.

– If you want to see modern Jerusalem in action, nothing beats the people watching on Ben Yehuda Street.

– Even with all the prayer and religious activity going on across Jerusalem (Jewish, Muslim and various stripes of Christianity), the best moments with God for many are found when they tuck themselves into a corner and simply connect with the deep longing for Him that saturates every atom of this place. The cry, “The Spirit and the Bride say come” animates that desire for believers.

– In Yad Vashem, the Holocaust museum, there was a single plaque mentioning 2,000 Jews who had “converted to Christianity” who were herded into one of the ghettos along with all of their other Jewish brethren. I would like to point this plaque out to those who have told me over the years that my faith in Jesus trumps my heritage/ethnic identity/religion, and remind them that it is not so simple. If there is another wave of persectution (and there will be), the one-two combo of my faith and my heritage will get me a place at the front of the line. Lord, may I be ready to stand for You today, and in that day.

– On both trips here, I have been asked by Israeli security if I had another passport besides my U.S. one. (Bill has not.) Not sure what to make of this question.

– The Caspari Center (www.caspari.com) has cataloged all of the newspaper articles from the mid-1970’s on relating to Messianic Judiasm in Israel. It is a goldmine for historians are tracing the growth of the Messianic movement here in the land.

– We met an Arab born-again Chrstian man named Isa running an olivewood tchotchke shop in the Old City. As we discussed our shared faith in Christ, we embraced and laughed and prayed. This sweet, joyous moment was a highlight of our last day in the city.

– I can’t wait to come back. I leave a piece of my heart here. Or maybe it was here all along, and I found it during the two wonderful visits I’ve had this year.